You may have heard that it is possible to make different formations for battles during The Legend of Legacy, but you may not have known how to do it in the game. This guide helps you learn how to create new battle formations in the game.

How To Make New Battle Formations in The Legend of Legacy 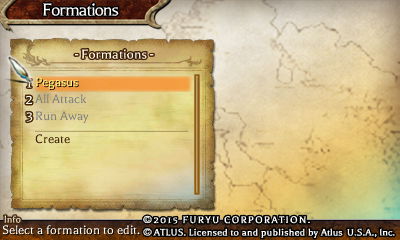 Whenever you enter a battle in the game, you should be able to select the formation to use. Stances from a formation can only be set before a battle, not during a battle.