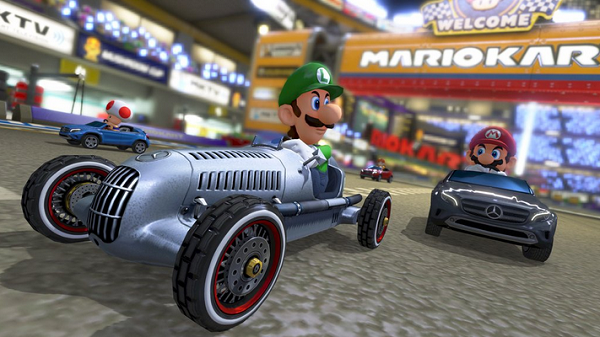 Mario Kart 8 is will be getting an update and the Mercedes-Benz DLC, both being released this August 27th worldwide, as confirmed by Nintendo of America and Nintendo of Europe:

Are you ready to kart in style? Three different @MercedesBenz karts are coming to #MK8 as free DLC on 8/27. http://t.co/SIuMY0w5kA

The update will feature:

And there’s also the Mercedez-Benz DLC, where it will feature three different cars:

Those three cars will be customizable with custom wheels and gliders in the game. The GLA will come with its own set of special wheels too.

You can see the Mercedes-Benz DLC trailer below: