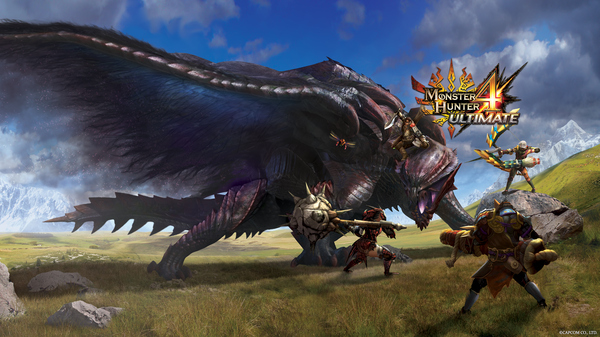 New details about the upcoming 3DS game Monster Hunter 4 Ultimate were revealed and it’s going to be released next year for the Nintendo 3DS.

As you may have already known, the handheld version of the game will feature online play. Still, it won’t stop there: the developers confirmed that both local and online will be region-free, where the players will be able to play between North American and European versions of the game.

A new monster has also been revealed: the Najarala. It’s a giant snake, also smart and strong, where it’s able to paralyze the player with its fangs and then do a powerful and deadly combo. It doesn’t end there, because it can also throw its scales and make them explode.

You can see a gallery below featuring Najarala and the stuff you can craft with it: