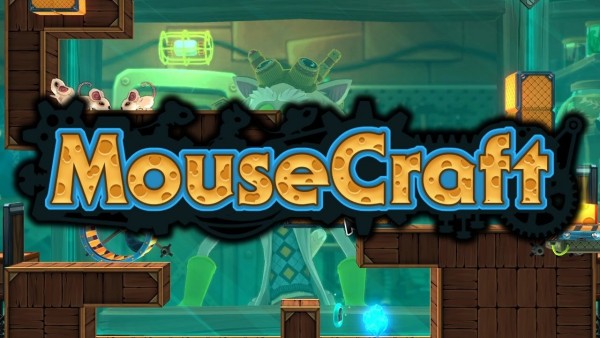 We are all well aware by now that Nintendo has gone indie friendly (and thank goodness, because where would the eShop be in recent times without all these fantastic indie releases), and we see more and more indie devs jumping on to the 3DS and Wii U eShops; and now, we can welcome Crunching Koalas to the Wii U with their upcoming Autumn/Fall release: MouseCraft. While it won’t be an exclusive (as it’s already available on Steam), MouseCraft will still bring a unique style of gameplay to the Wii U, the style being described as a blend of Tetris and Lemmings. Players will guide three blind mice to the end of the level by placing blocks to create paths and avoid obstacles. 80 levels have been promised, as well as a level editor, so it sounds to me like there will be plenty of levels to help your longing for assisting blind mice. No set release date, but watch for MouseCraft on the eShop this Fall, and as more news is released, we’ll keep you posted.