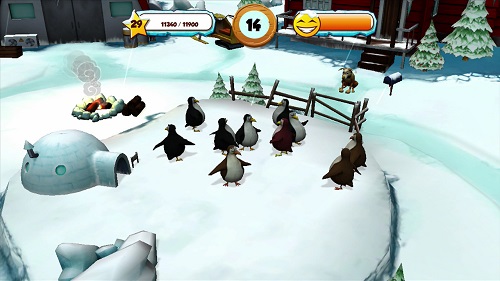 GAMEPLAY:
My Arctic Farm is a farm simulator game based on arctic animals. You will begin the game with a free space to work, some money and one penguin. The game gives you a basic tutorial which is very incomplete for the public the game is aimed at, and well, you start playing…

Your mission is to win money to buy more elements for your farm and also more animals. You win money by doing good work when caring for your animals: you need to feed, clean and take care of your animals, if you fail with this, you will finishing with no animals and that means no money, resulting in a game over.

When you do a good job, you will be able to recollect different elements from the animals: penguins and puffins will give you eggs, Ice owl feathers, seals and whales fat. You also need to clean the environment where the animals are living, as well as give them medicine when they are sick, in other words, you need to keep them happy.

With the money, you’re able to buy aliments, medicine, and environment stuff for your animals, being mostly places where the animals can live. In My Arctic Farm, there’s a total of ten animals: 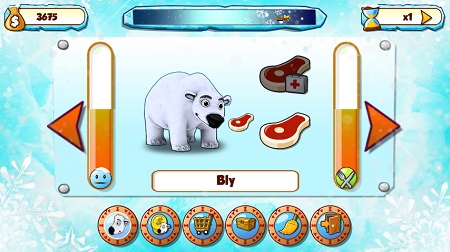 The games does a good job with the interface, being easy to use, having everything at hand thanks to the GamePad. You can also speed up the game up to 64 times, which isn’t recommended because yours animals will need constant attention from you. The game will also give you challenges with the time, where you can win items, bonuses and experience.

While the game is easy to use and the idea clever, the game offers a boring experience for the player with the time.

This game is controlled mostly with the tactile screen of the GamePad that works perfectly, sadly there’s no map in the controller forcing the player to play the game with the TV. You can also use the L stick to move the map and the R stick to change the zoom. 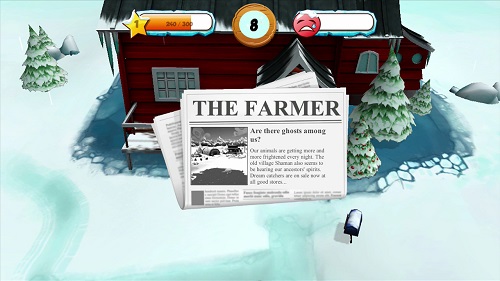 GRAPHICS AND SOUND:
The graphics of the game aren’t spectacular but they are nicely done, featuring a 3D environment for the farm and a 2D menu for the GamePad. Meanwhile the models can be a little more published, they are well done considering the game’s price.

The soundtrack of the game, for the other side, features a generic song for the main menu and no songs for the game itself, featuring environment sounds from the farm and a few tunes some of the times. While a majority of the sounds and voices for the introduction of the game have good quality, the rest features awful sound quality that makes you mute the TV, where even the radio has a better sound quality.

PRESENTATION:
The presentation of the game is a mixed bag: The game’s manual is well done and the interface is user-friendly, however, the game gives a bad explanation for the public that it’s aimed at and I really doubt a kid will pause the game and start to read a long manual.

The game also fails in some aspects, like the lack of music when one is playing, giving a more boring experience to the player, and the quality of the sounds used in the game.

CONCLUSION:
My Arctic Farm isn’t the worst simulator game in the market but it isn’t a good one either. While it has a good idea with potential, the execution is awful, giving a boring experience and a hard start to the public the game is aimed at. The price of the game isn’t bad but it’s not something that I would recommend.