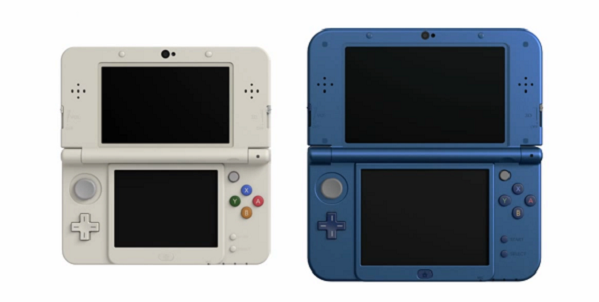 The New Nintendo 3DS was announced quite a while ago, and has been out in Japan (where it’s doing well) since October 2014. Nintendo confirmed in yesterday’s Nintendo Direct that the New 3DS will come to North America and Europe on 13th February.

The features of the New 3DS include a C-stick and additional shoulder buttons, altered placement for the cartridge holder and Start/Select buttons, a faster CPU and NFC support. Some games will be entirely exclusive to the New 3DS, such as Xenoblade Chronicles 3D, while others will be compatible with both the New 3DS and the original one, but may have N3DS-exclusive features.

Limited-edition bundles for Majora’s Mask 3D and Monster Hunter 4 will also be available. With the 3DS Pedia community and across the land, the initial reaction to the New 3DS wasn’t extra-warm, but Nintendo did manage to make it a success in Japan. Let’s see if the other regions have their arms as wide open.