Today’s Nintendo Direct revealed a new area coming to The Legend of Zelda Triforce Heroes for the Nintendo 3DS. This new area is known as ‘The Den of Trials’ and is said to have 30+ stages. That’s a major increase to the 4 that regular dungeons normally have.

In the new Den of Trials area, you and your teammates won’t be able to advance to the next stage unless the current stage has been beaten. It’s going to give a lot of players a good challenge, however, there are checkpoints scattered throughout the area which should help you along the way.

In addition to the new area, two new outfits have been added to the game :

The Linebeck’s Uniform gives you the ability to see the contents of treasure chests without opening them. 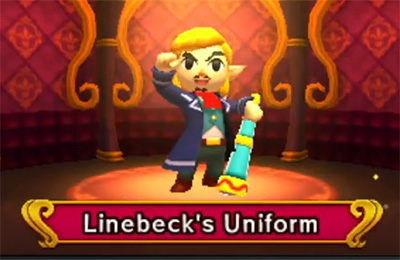 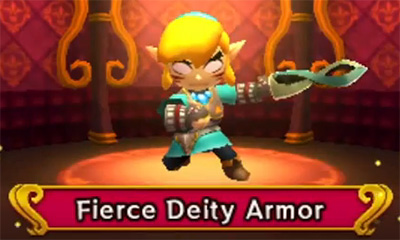 The best part is, these updates are FREE. According to the Nintendo Direct, they will be available to download from the Nintendo 3DS eShop from December 2nd, 2015.