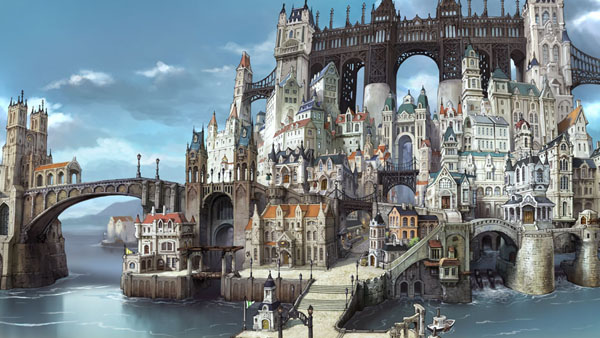 They’re a lot of new details about the upcoming game Bravely Second, the sequel of Bravely Default, being again exclusive for the Nintendo 3DS system. Prepare to see a magazine quality article

The first news comes from Famitsu scans, confirming some elements of the game and also the Agnes presence in the game. Like the first game, there’s will be also a demo before the game’s release and also something shocking: REVO won’t do the game soundtrack.

Due some conflicts with their schedule, the band that will work in Bravely Second soundtrack is Supercell’s ryo, a well know band in Japan that debuted composing songs with the Vocaloid vocal, being some of them in official Hatsune Miku games. They actually counts with two vocalists where they also composed music for anime, including Guilty Crown soundtrack, endings for Bakemonogatari, Naruto Shippuden and Black Rock Shooter.

Famitsu also confirmed a new trailer featuring their music will be available in the future, and some of REVO work will still in Bravely Second, such as music from game’s town.

Square Enix also revealed new details for the game, confirming different stuff. First is Guatelatio (the town you see above), this town is the entrance to the highway that leads to the Earth Temple and the Holy Lands. Due the information do some spoilers for the story in both Bravely Default and Bravely Second, you can read the translation of the website content here (Gematsu Magazine).

There’s also a introduction to Agnes Oblige, where counts a little her travel in Bravely Default. After the game story, it counts she finished having good terms with important people but also has a massive popularity from the normal people. Still, when there was going to be a treaty ceremony for peace, she got kidnapped. (Again, I skipped some stuff due spoilers, you can check the site translation).

And for last, the information of four jobs in the game are available:

Valkyrie: They’re an offensive class that does their job attacking from mid-air and fleeing when necessary.

They attacks can be powered when spending BP, and the best weapon for their is a spear.

Performer: Their main skill isn’t attack the enemy but buff up friendly character when singing to them. Those songs can even raise offense, defense and BP.

Superstars are equipped with myriad abilities to do their work.

Time Mage: Tacticians that are able to control the flow of time during battles to their advantage. They’re able to heal the entire party at the same time and deal proportional damage relative to the enemies’ HP.

Their main weapon is the wand.

They’re also able to attack physically, still they have a limit in the magic selection and their attack strength.