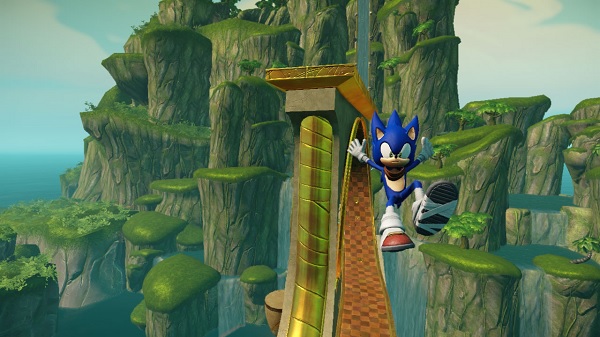 SEGA shared new details about Sonic Boom for both 3DS and Wii U, and you can read the official information below:

Sonic Boom: Rise of Lyric will deliver a different experience than past titles. The detailed levels and emphasis on each character’s unique abilities will showcase the distinctive feel of an action- adventure game, giving players more choice in exploration as they work as a team to stop the deadly snake-like ancient villain, Lyric, before he can power up his army. The gameplay will challenge players with over-the-top speed runs, but the heart of the game will focus on intense combat and brand-new abilities including the Enerbeam. This new feature in the game gives players an energy-charged cord that can be used by characters to navigate the world like never before. Players will be able to swing or zip-line across gaps, explore alternate paths, grab and throw enemies and take away their shields in combat.

Sonic Boom: Shattered Crystal is a standalone adventure that shares key characters, events and lore of the Sonic Boom universe with exclusive environments and characters. For the first time ever, gamers will be able to take on the role of Sticks, the newest member of the team who will play an integral role in the story after her best friend Amy gets kidnapped by the ancient villain Lyric. While the Wii U version is focused on action-adventure and exploration, Sonic Boom: Shattered Crystal will place a bigger emphasis on platforming and puzzles. Additionally, unique collectibles featured in the Nintendo 3DS version will unlock special content on Wii U via Wi-Fi connectivity.