NO LONGER THE PLAYER TWO 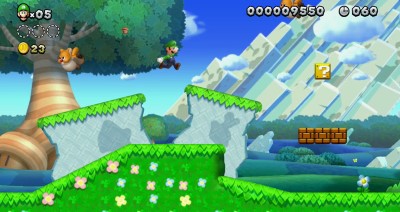 Well, both projects also had the DLC levels idea, where the 3DS game got released first, including its DLC, the “Coin Rush” packs, where they offered ten different packs of three levels each.

For the Wii U version, it was actually a whole new game: New Super Luigi U. NSLU also got its own physical release (having the ability to play it without owning the original title), or in the case of the Wii U Deluxe bundle, the same disc with the original game.

You can read the review of New Super Mario Bros. U here. 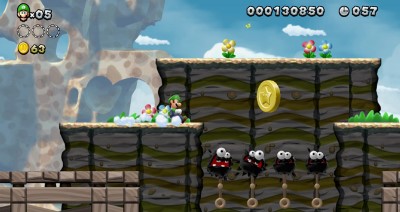 It’s pretty easy to find the differences when playing: 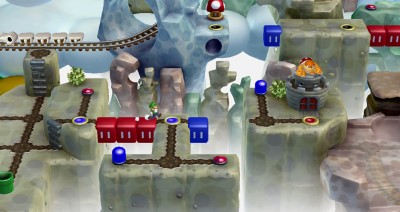 WHAT IT ADDS?:
The game adds two main elements, that is Nabbit as playable character, where he’s playable in every level making the game playable for casual gamers (due the high challenge of the game).

The other element is the new 82 levels, which are more challenging, more creative and shorter. Meanwhile the bosses are the same, the different level design makes a fresh experience that will surprise you some times, but it’s also a frustrating one if you don’t master Luigi’s physics.

There’s also a little touch from the Year of Luigi: you can find a hidden Luigi in every level, being some of them easy and some of them pretty hard to find. It doesn’t make any changes to the gameplay but it’s fun to find them all.

Another touch is the NSMBU physics, available in the form of a block, that will allow you to play with the original physics once you beat the game, but it doesn’t work with Nabbit (where he wasn’t playable).

The DLC price tag for NSLU can be a little high, but it offers a better experience than NSMBU that makes it worth the money you spent, even when it feels more like a mod than a DLC.

CONCLUSION:
As a DLC, it’s a great piece of work and a better experience than NSMBU. The levels are more challenging and creative when compared to NSMBU, with the high cost for making them shorter. The main flaw is the presentation, offering the same bosses, world map and story than the base game.