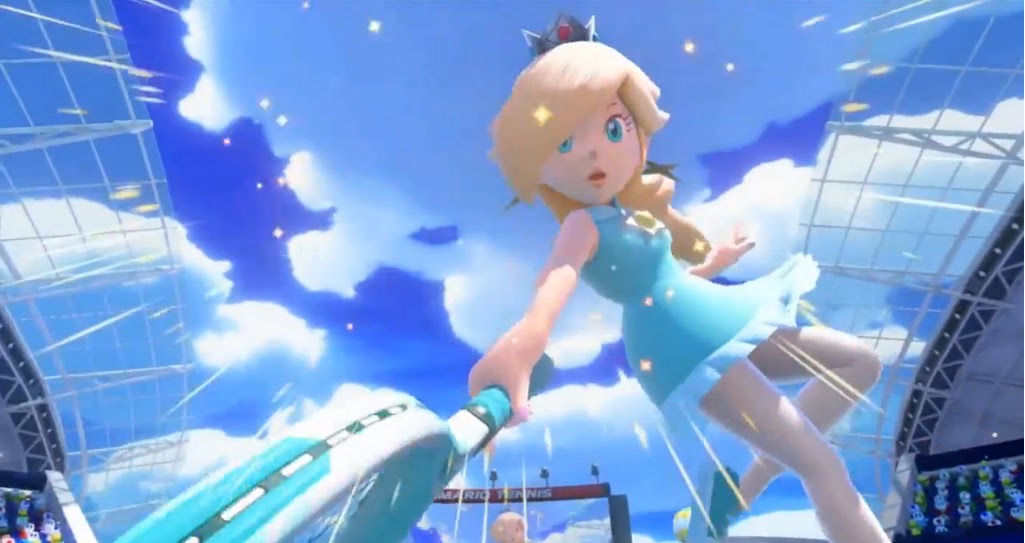 Mario seems to start his preparations for the release of Mario Tennis Ultra Smash for the Wii U on November 20th, because as of this post, Nintendo has shown a recent new trailer for the game revealing some interesting new info. For example, we are now aware that veterans like Luigi, Yoshi, Wario and Donkey Kong are back, with Waluigi, Daisy and Boo announced some days back, and there’s also a newcomer to the tennis field in sight: Rosalina. And she now has a new a sport outfit. Four more characters have yet to be announced, although whether they are veterans or newcomers hasn’t been clarified. They’re likely to be unlockable though.

Some modes also were showcased, like amiibo training, which functions in a way similar to Smash 4’s usage of the figurines, where you have to own an amiibo without any game memory within it to train and prepare it for matches, on online or offline double matches. There’s also Mega Battle, where you and your foe can nab the Mega Mushroom to compete with each other; Knockout Battle, a single-player mode in which you rival other characters as they get harder and stronger. If the run’s too tough, you can call in your trained amiibo for some support; and Classic Tennis, divided into two varieties: Standard and Simple. The first has Chance Shots and Jump Shots with no Mega Mushroom on the loose like in previous Mario Tennis games, and the other is a normal plain tennis type with no items or special shots. 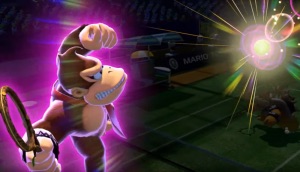 I should mention that if you have an European Wii U and decide to download the game from the eShop there, you’ll get a free download code for the original Mario Tennis game for the Nintendo 64. Now that is something quite nice and awesome on Nintendo’s part.

So, after that, are you suddenly interested on taking on the challenges of the tennis fields with Mario and company?