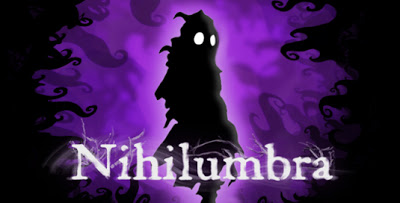 The beautiful, indie puzzle-platformer title Nihilumbra finally has a Wii U release date, and it’s coming very soon. Nihilumbra is set to release on May 14th for the Wii U. The game will be priced at $9.99, with a 20% discount until May 28th. If you’re not familiar with the game, Nihilumbra is a puzzle-platformer set around the main character, ‘Born’. You must aid Born on his journey to find himself while trying to escape his curse. Born was created from ‘The Void’, but he was able to separate from it, and become his own person. However, The Void will stop at nothing to once again become one with Born, and will chase him until it reaches its goal. With the assistance of you (the player), you must solve puzzles and jump through levels to try and stop The Void.

While the game is already available on PS Vita, PC, and iOS, the Wii U version is being graced with a console-exclusive feature: co-op. Unlike every other version of Nihilumbra, the Wii U version will feature co-operative multiplayer using the Wii U Gamepad. One player will control the main character, while the 2nd player will use the Gamepad to paint the terrain in order to help each other solve puzzles. It adds a different perspective and a unique experience that varies from the other versions. I don’t know about you, but I’m definitely looking forward to Nihilumbra. Set your calendars, because Nihilumbra will hit the eShop on May 14th (even though I’ve said that already). You can find the eShop trailer for it below.