Yesterday, Nintendo unveiled Aurorus, a new Pokémon that can be found in the upcoming Pokémon X and Pokémon Y games developed for the 3DS. A Rock/Ice Pokémon, Aurorus is the evolution of the fossil Pokémon, Amura. Capable of projecting air cooled to -150 ° C, it can not only attack its enemies with frozen gusts, but also create ice walls to protect itself from attacks. 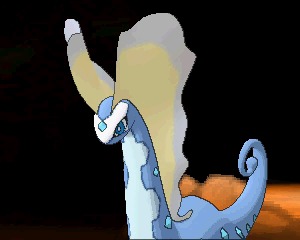 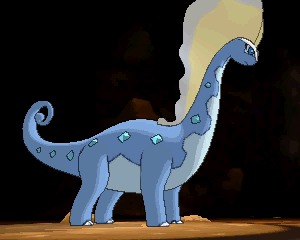 In addition, Nintendo announced that Aurorus will be able to learn a new Ice type move that will be the first of its kind. Freeze Dry is effectively the only known Ice type move to be effective against water type Pokémon, and boasts high chances of freezing the foes.