Nintendo revealed at an investor and analyst presentation last week that the company was working on a free to play game. It is not a Mario or Pokemon game, or any of the company’s popular video game series. Instead, the game will be one that consumers might not feel the need to exchange cash just to play it. It sounds like a terrible game, however, let’s not judge the book by its cover just yet. 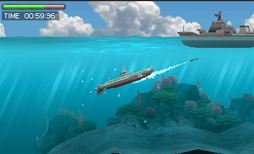 The video above shows gameplay of the original Steel Driver Nintendo 3DS game. The free to play Steel Driver will be different, according to IGN.

Some words from Miyamoto :

The multiplayer sounds very interesting. This free to play game will be released sometime before April, 2014. During the conversation between Miyamoto and IGN, Miyamoto said that he is hoping to show the game relatively soon.