Another home-run made by Atlus because they showed the pre-order bonuses for the game Persona Q Shadow of the Labyrinth, being released soon for the Nintendo 3DS.

There will actually be two different bundles. The first one for pre-orders and also, the first run printing being available for a limited time. The second bundle is a premium edition containing more elements for a higher price.

And the other bundle, with the name Persona Q: Shadow of the Labyrinth: “The Wild Cards” Premium Edition, include:

The normal bundle will cost $49.99 and the special edition will cost $79.99. There is no word about the price of the normal version of the game but it looks like it will be like Shin Megami Tensei IV.

As promised, the picture of the special edition: (click for full-size image) 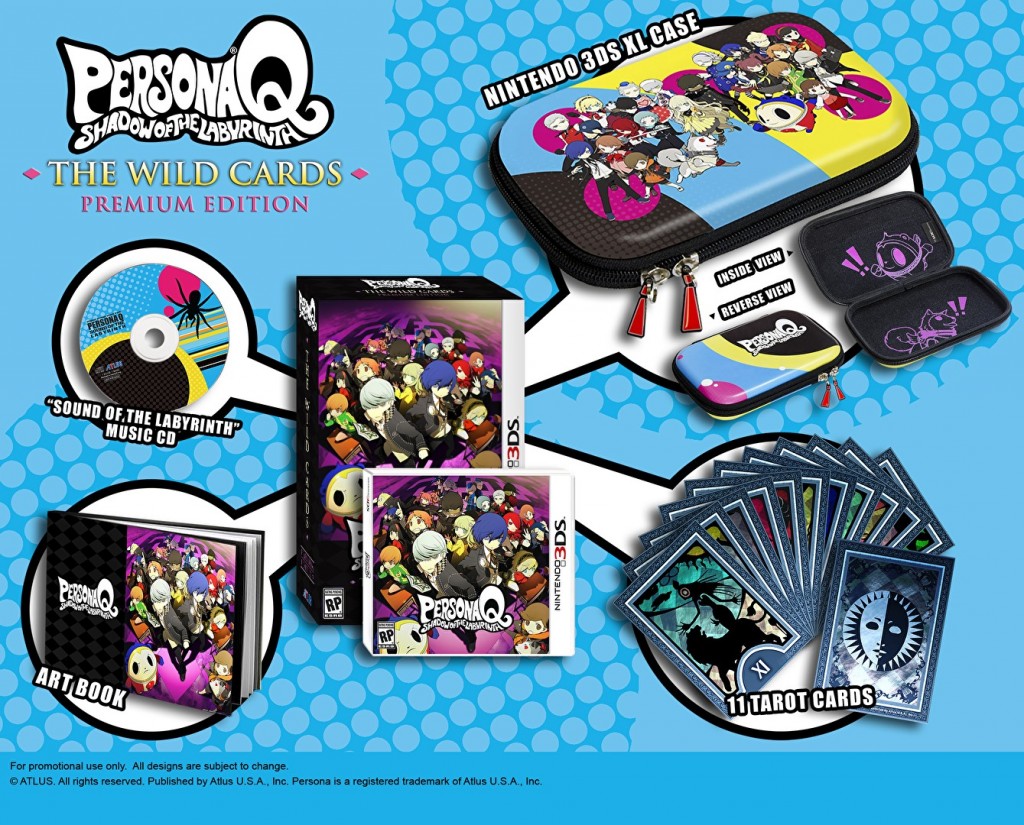