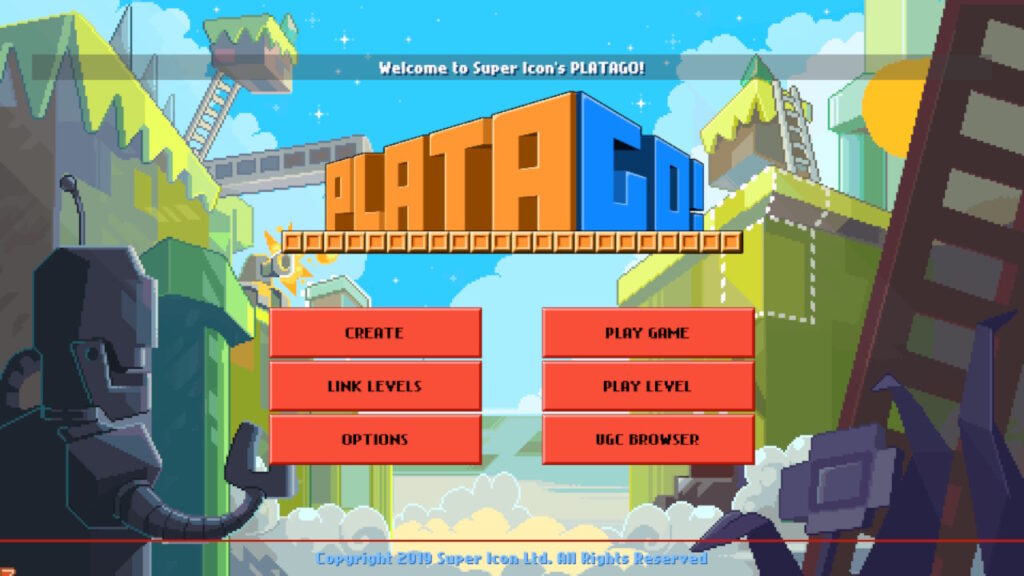 Think the Perfect Platformer Doesn’t Exist? Make it Yourself!

If you’ve ever wanted to design your own game, now’s your chance! Take charge of the creative process with PlataGO!, a charming indie by Super Icon that puts you in the programmer’s seat.

If you don’t know a thing about coding, don’t worry — this game has you covered. With a diverse collection of pre-made sprites, PlataGo! makes it as simple as dragging and dropping the items of your choice onto the screen.

Make anything from smooth, light-hearted adventures to hardcore tests of mettle that will challenge even the most seasoned players.

When you’re done, upload your creations and share them with players around the world. With tons of levels to design and download, you’ll have a different experience each time you play.

With plenty of themes to choose from, the first thing you’re going to want to do is decide on the style you want your game to take. Inspired by the consoles that shaped retro gaming, select anything from 8-bit pixels to the familiar greyscale backdrop of the GameBoy.

Innovations like the gravity switch, jet pack, and teleportation portal give you a variety of additional ways to enhance your adventure. You can also customize your enemies by setting how many hits it takes to knock them down, how fast they move, and how many times they’ll respawn.

The largest issue with this game is the controls, as they aren’t very intuitive. Setting the dialogue of an NPC, for example, requires you to set one down, press B to add dialogue, replace your current NPC. Any item that has properties you can alter by pressing B requires that you erase the original and place down another. The cursor also has a tendency to move on its own in Create Mode —  which translates into play when your sprite starts walking of its own volition. It gets quite frustrating when you’re trying to complete a level and your character decides to end it by stepping onto a floor full of spikes.

Is it Worth Buying?

It depends, really. If you’re willing to overlook the glitches and work around the less intuitive controls, then go for it. If not, maybe give it another couple of weeks and wait for Super Mario Maker 2 to come out.