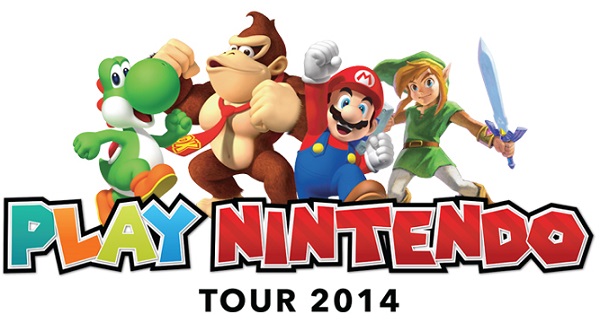 Nintendo of America confirmed the “Play Nintendo Tour 2014”, a marketing playground in different places in the United States. From June 6th to September 1st, the tour will visit 12 different cities and gamers (aimed mostly for kids) will have the chance to play with a Nintendo 2DS with some of the latest Nintendo 3DS games.

The tour will include:

They will be also showing Mario Kart 8 on a stage with a giant TV screen featuring the HD graphics of the games but this is if you win after some qualifying rounds at Mario Kart 7 first.

The Play Nintendo Tour is scheduled to make the following stops: