I can’t consider Plenty of Fishies a single game, mostly because it offers three different modes (well, actually four) that work with different mechanics (you can consider it “3 games in 1”), so it would be a little collection instead…

Like I said, Plenty of Fishies offers four different modes: 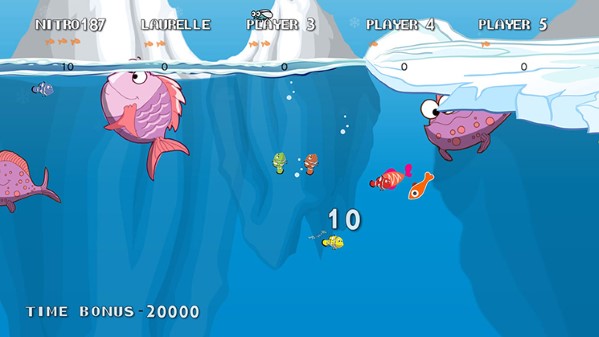 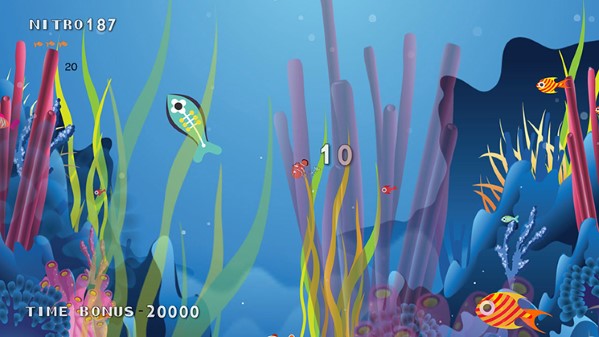 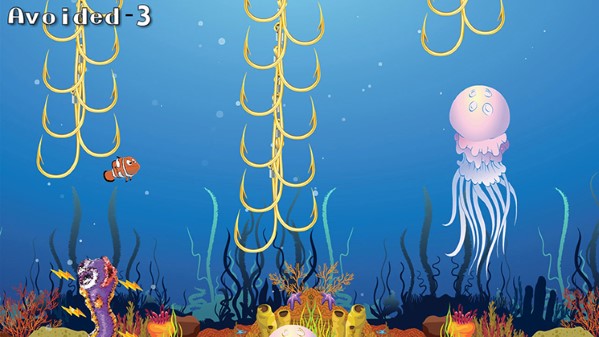 Plenty of Fishies has nice graphics considering it’s a HTML5 games including a much too simple interface, but from the moment you see the developer’s logo when you boot the game you will notice something you don’t like: lag. The performance is terrible, presenting a constant lagging experience with plenty of frame drops making the game barely playable. The soundtrack, on the other hand, is well done featuring nice melodies, but the sound effects could have been better.

There is good work on the presentation of the title, where the main flaw is actually the terrible frame rate and it’s such a shame, the interface is easy to use, a nice manual, plenty of controllers supported, online leaderboards for each mode in each difficulty including local multiplayer, off-TV mode and a few audio options.

Conclusion:
I won’t say Plenty of Fishies is a bad game at all: excluding the Flappy Bird minigame, it brings an interesting gameplay mechanic that can be fun in short bursts, but there’s no fun when it’s constantly lagging with many frame skips that actually affect how you play.

I recommend to wait for the upcoming update before purchasing, unless you want to support the developer while you wait.

Note: An update is confirmed for early January, removing frame skips and giving a performance above the 30 fps. It will also bring Miiverse features.