Nintendo released a new trailer for a new Pokémon game, making a crossover with the famous drawing game Art Academy. You can see the Japanese trailer below:

So, what has already been confirmed for this game?

There is no word about a western release yet, however, we can assume it will cost $30 once it’s here. A cover of the game has also been leaked: 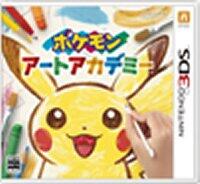