Today, another trailer for Pokemon X and Pokemon Y has been revealed. This trailer shows off a group of new friends, the game’s first gym leader, and of course, Pokemon battles.

New Pokemon have also been revealed as well.

Group of new friends in Pokemon X and Pokemon Y 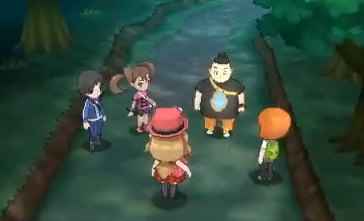 ( Group of new friends in Pokemon X and Pokemon Y )

Like previous generation Pokemon games, you will be required to battle gym leaders on your journey through the Kalos region. The first gym leader was revealed in today’s Pokemon X and Pokemon Y gameplay trailer. 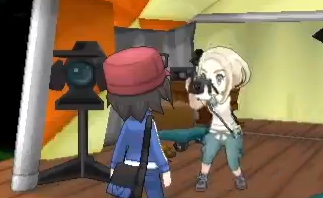 The first gym leader in the game is named, “Viola”. Players will encounter her in Santalune City. She is also a photographer with a sister named Alexa. Viola’s gym has spiderweb threads which you must advance through to face her in a gym battle.

New Pokemon that were revealed in the trailer

New Pokemon were also revealed in the trailer. The sad news is, most of them look weak. Never the less, you might still be interested in hearing their names. See the list below :

I know. Vivillon isn’t a new reveal (the Pokemon was revealed last week with Noivern), however, we now know that Scatterbug evolves into Spewpa, and Spewpa evolves into Vivillon. Noivern also made an appearance in the gameplay trailer.