Nintendo has finally revealed the release date of Pokemon X and Pokemon Y. Both games will be released on October 12, 2013 (worldwide). The games will also be available as a digital download from the Nintendo eShop.

In addition to the release date, the game will include a new Fairy Pokemon type. If you lost count, that’s the 18th Pokemon type to be introduced in the Pokemon video game series. Fairy type attacks are super effective against dragon type Pokemon.

Two new Pokemon have also been revealed. Their names are Noivern and Vivillon. Noivern is a flying and dragon type Pokemon, and Vivillon is a bug and flying type Pokemon. 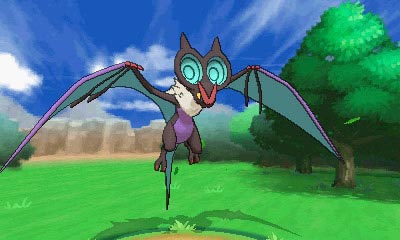 ( Photo of what Noivern looks like – Pokemon X and Y ) 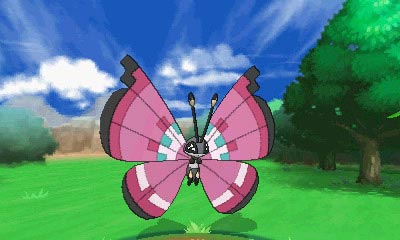 ( Photo of what Vivillon looks like – Pokemon X and Y )

Don’t forget to check out the latest game trailer :

The Pokemon X and Y trailer above also shows off another feature of the game called, “Pokemon-Amie”. Players can feed, pet, and play with their Pokemon using the 3DS stylus.