Pokemon X and Pokemon Y are the 6th gen Pokemon games for the Nintendo 3DS. There are minor differences between both versions of the game, for example, exclusive Pokemon, however, they’re similar in story and gameplay. Most of you are curious to know what’s new in the game. To answer that question, it’s mostly the same good ol’ story similar to previous Pokemon games, however, new features are what make Pokemon X and Pokemon Y shine.

Players start the game in their house similar to most Pokemon games. The region is Kalos and apparently you recently moved there. That’s not all. On the day, you will begin your Pokemon journey. Like I said before, there’s not much that is new with the story, however, it’s certainly not a carbon copy. The game gives you an aim to discover the truth behind mega evolution, but that’s it. When playing the game, the story feels similar to previous gen games.

The game introduces new Pokemon, new Pokemon moves, a new Fairy-type, mega evolution, two new battling modes (Horde and Sky battles), and a couple more new features such as Super Training and Pokemon Amie. Both 6th generation games are completely rendered in polygonal 3D graphics thanks to the Nintendo 3DS. The battling style is also different to previous gen Pokemon games. The battling system remains the same turn-based system that we all know and love, however, the camera moves during battle, making things look fresh again. As for catching Pokemon in Pokemon X and Pokemon Y, you see the trainer’s hand when throwing a pokeball at a wild Pokemon. It’s the little things that count.

The Player Search System, also known as PSS for short, is a handy feature in Pokemon X and Pokemon Y. It allows you to connect with other players from around the world. It’s located at the bottom touchscreen of the Nintendo 3DS, and it’s possible to connect to the Internet to find out which of your friends are playing, assuming they’re also connected to the Internet. 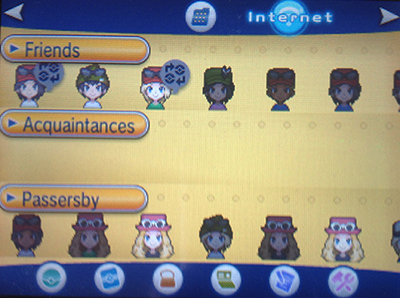 With the Player Search System, you can view a list of your friends, acquaintances, and passersby. Friends are the people who were registered as a friend in your 3DS friend list, passersby are other players who are playing the game (including people from Japan), and acquaintances are players who you have traded with that are not in your friend list.

This handy little tool at the bottom screen of the 3DS makes life easier.

Two new battle modes were introduced in Pokemon X and Pokemon Y, and they are Sky and Horde battles. Sky battles are just like its name suggest, battles in the sky. Only Pokemon that can fly can participate in Sky battles. Horde battles are a bit different. In Horde battles, the player battles several Pokemon with only one of his/her Pokemon. The wild Pokemon from the horde all have a chance to attack your Pokemon, while you only have one move per round. Fighting hordes are a little tough at times when the opposing Pokemon use accuracy lowering moves. All in all, it makes the game a little more difficult which is a good thing.

Super Training is basically a fun alternative to the boring EV training. That’s right, you no longer have to fight Magikarp after Magikarp just to get a boost in your Pokemon’s speed stat. Super Training makes EV training fun with several mini games that increase Pokemon’s stats. This is something that most players will take advantage of for competitive battling.

The super training mini-games are fun but maybe they’re a bit too easy. I kept hitting the bottom screen of my 3DS with a stylus and I actually received a decent score. Dominic of ‘3DS Pedia’ also tested the feature and confirmed that the higher the score, the quicker it is to finish maxing out the Pokemon’s 510 EVs.

Pokemon Amie is another new feature in Pokemon X and Y. Using Pokemon Amie, players can rub their Pokemon’s belly, head, neck, you name it. It’s also possible to feed your Pokemon using the feature. It’s not a necessary tool to take advantage of for the game, however, it can be fun to play with a Pokemon every once in a while. In addition, it builds bonds between the player and the Pokemon which makes it not useless. 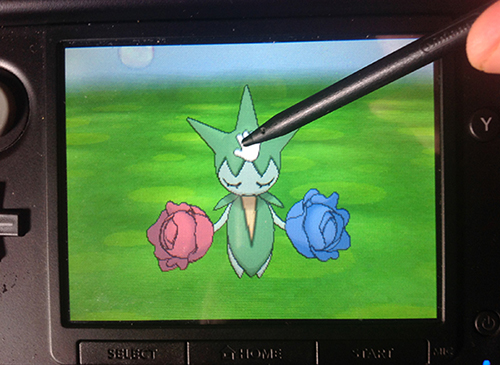 More of the little things are riding Pokemon, sitting on chairs and/or benches, swinging on ropes, having the ability to change your character’s clothes, and of course, the roller skates. One con to the game is the ability to remove the roller stakes after obtaining it. Depending on your location in the game, it can be a little annoying to use. The D-pad is the only solution to walk normally in the game (where the roller skates are used) after obtaining the roller skates. Using the D-pad on the 3DS and 3DS XL can be a little annoying when playing Pokemon X and Y. Players will discover a couple of events that occurred in old Pokemon games as well, however, details will not be revealed because they are spoilers. 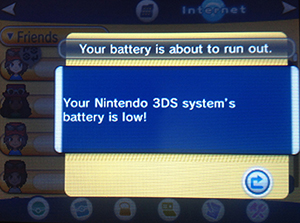 Overall, Pokemon X and Pokemon Y are both great games. Skipping it is not an option for a true Pokemon fan. The story doesn’t change much when comparing previous Pokemon games, however, the gameplay and new features make up for it. The map is large and beautiful, and the Player Search System is perfect for players who battle competitively over Wi-Fi. The single player gameplay will keep you occupied for hours, maybe even days.