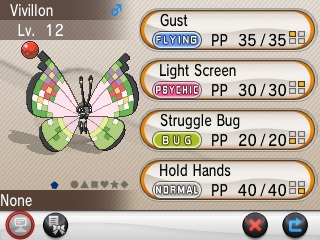 A special pattern of Vivillon has been announced for the games Pokémon X and Y, called “Fancy Pattern”. It will be distributed worldwide once the GTS hits over 100 million Pokémon trades and the current number is around 85 million.

You can see the official announcement and screenshots below:

Currently, about 90 million Pokémon have been traded worldwide, and to celebrate the landmark of 100 million Pokémon trades via the Global Trade Station (GTS), a new Fancy Pattern Vivillon will become available to players.

Vivillon is a unique Pokémon in that the patterns and colours on its wings typically vary based on the real-world region in which a player lives. Because of this characteristic, players around the world have been exchanging Vivillon via the GTS to collect all of the regional patterns.

This newly discovered Vivillon breaks with that tradition: it will become available to Pokémon fans across the globe once the 100 millionth Pokémon is traded via the GTS. When this enormous milestone is reached, a special distribution event will take place, enabling all players of Pokémon X or Pokémon Y to receive the Fancy Pattern Vivillon wherever they are in the world!

Once the goal is reached, players can check Pokemon.co.uk to find out how to get the Fancy Pattern Vivillon in their Pokémon X or Pokémon Y game.

The Pokémon Company would like to thank everyone who has participated in reaching this epic milestone by trading Pokémon via the GTS, and are calling on everyone to keep trading so we hit that huge milestone! 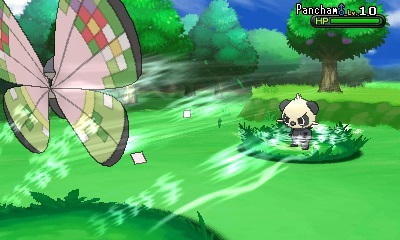 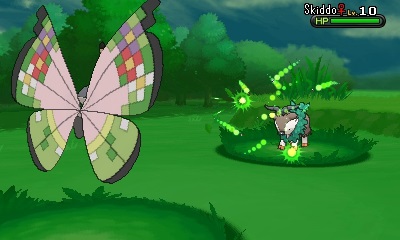