Who likes bloody, brutal, and satisfying gore? I certainly do. I had low expectations when I first saw the game, however, in the end, I’m glad I got the chance to play it. As a fan of brutal action games, this game leaves a lot to be desired.

The story is rather simple. You are a monk who lived in a world of violence and finally wanted to retire to a life of peace. The Monk resides in a very secret location with the other monks and thinks that peace is going to be an everlasting phenomenon. Nope! Some advanced tech ninja dudes attack the Monk while meditating, awakening the violent, cruel self that you tried so hard to avoid. 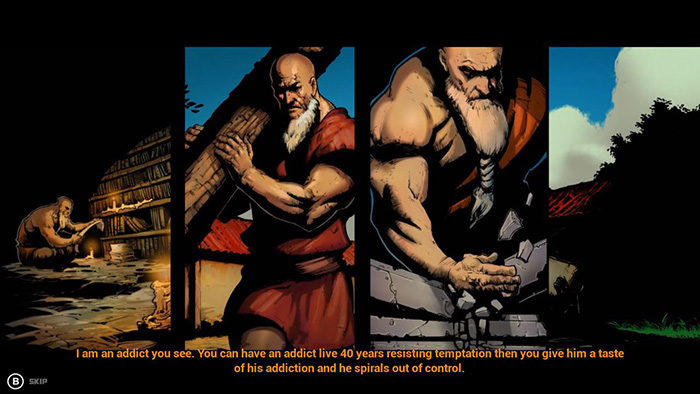 The brutal adventure begins, and the story revolves around avenging your fellow Monks.

Redemmer Enhanced Edition has a top-down view style, reminiscent of the ‘Link to the World’ style. It’s not a bad view and suits the gameplay well. The game is a beat-up button masher and you can choose between 5 difficulties.

The fundamental moves of the Monk are the following: ‘B’ to roll, ‘L’ to parry, ‘x’ to punch, and ‘A’ to perform a roundhouse style of kick. As more enemies are killed, you will level up and get a wider variety of moves to map with other buttons, and also upgrade current moves to increase their effectiveness. Charge moves are satisfying, but the move set gets repetitive since only a few moves are actually effective against higher-end enemies. But when the kills are executed properly, they can leave a level of satisfaction that this genre generally provides. They are different animations for each kill style. 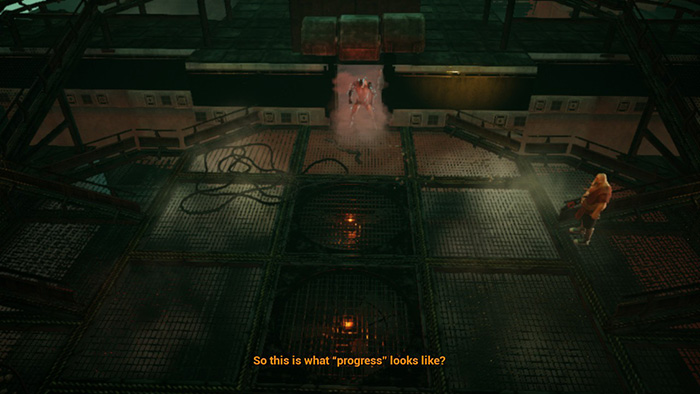 Knives, electric bats, swords, poles, and fire sticks, among other weapons, have different kill animations that make the killing style interesting. However, they break far too easily, and some of the weapons aren’t used as creatively as they should with a brutal killing game like this. It’s satisfying, but after seeing them once, each animation gets stale.

Even on normal difficulty, the game is extremely difficult. You have little time to dodge/parry attack, and enemies tend to get very clustered in a small area, easily beating the Monk up. Not to mention the frame rate issues which make the game far too slow. Smoothness is very important in these types of games because, without it, the beat-up experience loses its satisfaction. The developers did a poor job here and it’s this one thing that ruins it. Even without frame drops, the game shouldn’t run at the default 30 fps. At this level of graphics, 60fps shouldn’t be an issue, even on the Switch. It feels as though the developers were a bit lazy here. 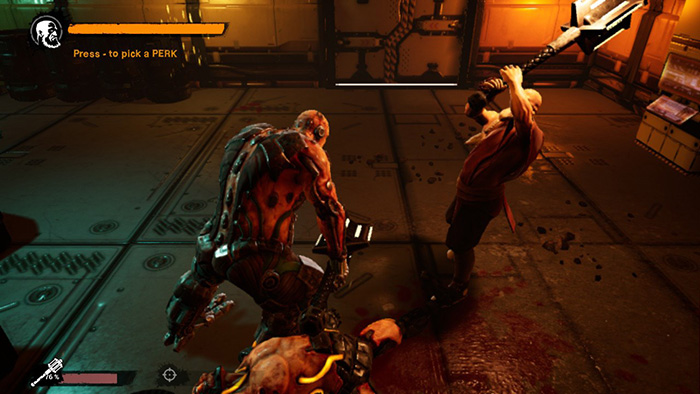 There are different types of enemies from buff steroid-like humans to giant enemy mutants, but the moveset of all the enemies doesn’t change too much for you to change tactics, just the same button-mashing tactics with good reaction times. Some blind you, some can latch onto you for consistent damage, and others can overwhelm you with their speed. Not bad, but the enemies that are actually unique are around 15, which is not enough for a game that revolves around killing.

Overall, the gameplay is a mixed bag. Severe frame rate issues make the experience laggy, but the brutal combos and finishing moves are reminiscent of the beat ’em up genre.

A co-op mode is present, but it’s unplayable due to further slowed down framerates and very limited space for 2 players to navigate through the world freely. This game simply wasn’t designed for 2 players in mind, and since the difficulty remains the same, it makes the game far more unbalanced. Not a very useful nor fun mode, beyond just a couple of laughs.

The brutal killings and taking on multiple technologically advanced enemies can be fun, but at this price point, the performance drops and repetitive gameplay make this game rather mediocre. Co-op is an absolute no-go.

If they fix the frame rates and you happen to see it for sale it might be worth your time, but there are far better games in this genre worth your money.

Redemmer Enhanced Edition gets a 6/10.