Originally released in 2012 as the third mainline entry in the Science Adventure series, Chiyomaru Studios has revamped Robotics;Notes for the new decade. The Robotics;Notes Elite Double Pack not only sees the visual novel’s release into the west for the first time, but also comes with a brand new sequel and the latest entry in the saga. Elite features new 3D sprites, along with some beautiful 2D artwork, and is one of the growing numbers of SciAdv stories becoming available on the Nintendo Switch.

Robotics;Notes tells the story of Kaito, a senior at Tanegashima High. While he is unamused with life and only interested in playing video games, his best friend Akiho Senomiya has big dreams and an even bigger legacy to live up to. Her now-famous sister started the robotics club at the school and began working on building a life-size Gundam based on Gunvarrel, a mecha in a popular anime. Kaito unwittingly tags along as Akiho works to build the robot, reconnect with her older sister, and gather new members for the club. However, he soon stumbles upon a mysterious document that could spell doom for humanity as they know it if he does not unravel the truth in time. 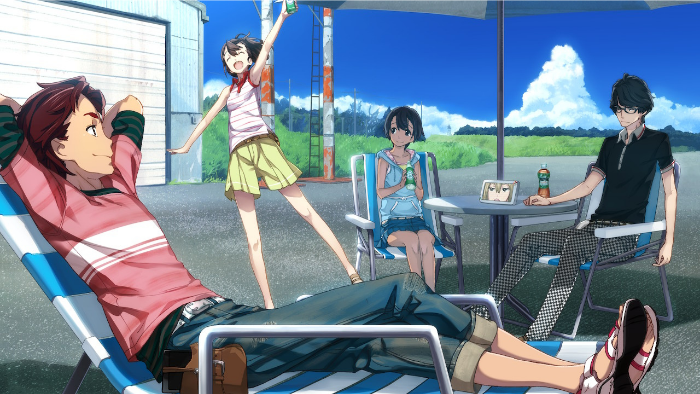 The characters are the strongest part of Robotics;Notes’ story. Each character feels authentic, and the core five especially feel like real teenagers you might meet in the real world. From Kaito’s point of view, the player will help each club member with their personal struggles. For Junna, her fear of robots is paralyzing, while Frau is searching for her mother that disappeared years ago. The game mostly manages to strike a balance with its characters, and the contrast between club members feels on the surface as if it shouldn’t work, but somehow they come out feeling like a messy, hilarious family. 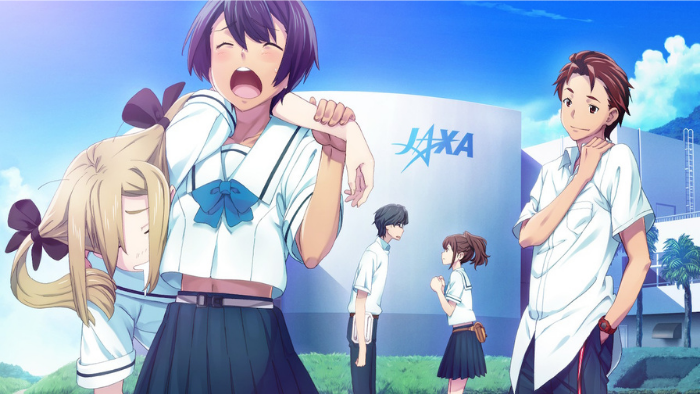 While the pacing of the game can feel extremely slow at times, that doesn’t make it any less engaging. The first 20 hours of Robotics;Notes almost feels like you’re watching a slice of life anime at times. Those interested in the mystery might be disappointed to find it takes a backseat for around half of the game’s runtime, and a few elements could have used another pass to shore up some of the more underwhelming moments. It would be easy for a story like this to feel rushed, but Robotics;Notes mostly gives the appropriate time for the core conflict to breathe. The ending itself feels a little rushed, but if you are willing to pick up the sequel game the few lingering questions are resolved.

While Robotics;Notes is a visual novel, there are a few minor gameplay elements to be aware of. The game doesn’t exactly have multiple endings, per se, but there are five separate branches one can take. While they are listed as chapters 5-8, you don’t automatically play them in order. Rather, Kaito must go to specific locations and use his in-game smartphone to select the right response on “Twipo” (Twitter) to one of the characters. This response will then trigger a side chapter. These stories are canon and have an actual order, and all must be completed before players can continue with the core story, but the game doesn’t tell you that replying to the fake social media accounts is necessary or that this is what causes the different endings. The order is not intuitive, either, so playing this without a guide can get confusing fast. 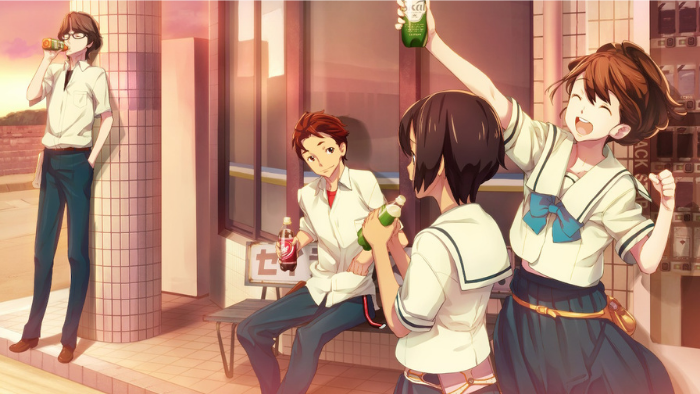 Additionally, once you have completed the requirement to get the side stories, there is a small portion of the story that bridges the gap between chapter 5 and whatever chapter you are playing. Like most VNs, the game is equipped with a fast-forward button, but it is still a pain to deal with over and over again.

Robotics;Notes loves using the in-game phone. The user interface uses a mockup of the phone, allowing players to access a map of the island at nearly any time, a camera app to look around at the environment, and the aforementioned Twipo. It’s nothing revolutionary, but it does help create a more immersive experience. 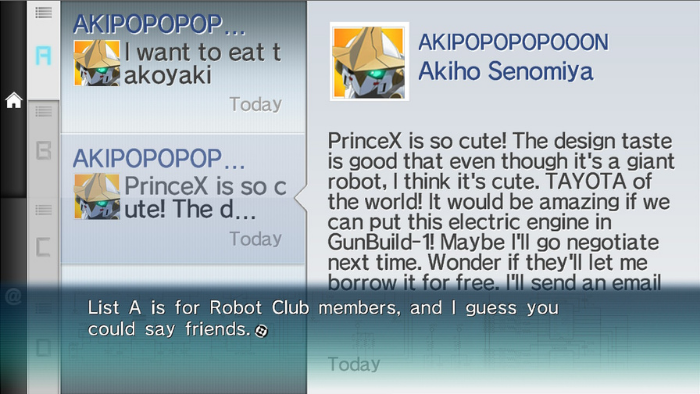 The game also has the player look for documents using the camera on Kaito’s smartphone. By looking around the environments and zooming in and out, you can find geotags. Most contain information about the location you are at, but a few hidden ones have the knowledge you are looking for. While it is not the heaviest of gameplay, it does add some interactivity occasionally to break up the text.

The final aspect of gameplay comes in a rhythm-game-style minigame that pops up occasionally throughout the story. Kaito’s video game obsession of choice is Kill Ballad, a robot fighting game that uses the Gunvarrel anime characters. From time to time players get to “play” Kill Ballad by selecting the right number sequence. With a few exceptions, there are almost no consequences to failing this game-the timer is long and there is no health bar, so selecting the wrong button multiple times in a row will not impact 99% of these gameplay segments, though endgame players may want to save if a Kill Ballad sequence seems like it is on the way.

Visual novels often rely on art to be good, or at least passable, and CGs can be a major selling point for some games. Robotics;Notes doesn’t spend a lot of time on its art, since the sprites are now all 3D models, but the CGs the game does present are breathtaking and show a lot of life from the characters. Group shots in particular have wonderful compositions and really showcase not only each character’s personality but also the club’s dynamic as a whole. The 3D models are also handled very well; none of the designs are clunky and the animations are smooth even when skipping voiced lines. 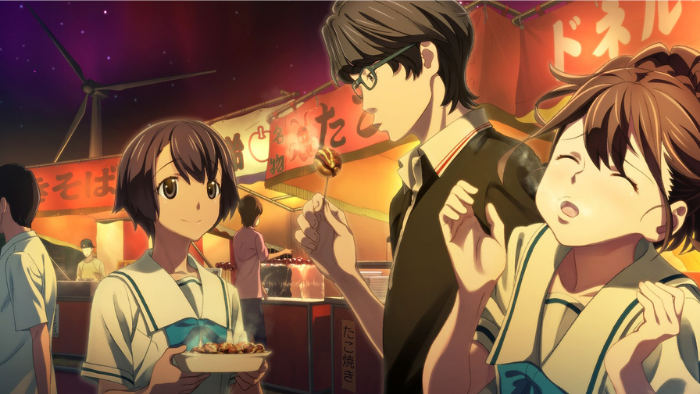 The background art of the game is also quite breathtaking. Unlike most of the other games in the series, which take place in Shibuya and Akihabara, crowded city locations, the island of Tanegashima feels fresh and inviting. The art does a fantastic job at selling the relatively rural community as a wonderful place for tourists to visit, and the vibrant color palette contrasts these nicely against scenes that take place inside locations like the robotics club hangar.

There are few composers out there who can do it quite like Takeshi Abo. Like many of his works, on first listen the Robotics;Notes score sounds like some of the most stereotypical anime music you could think of, but upon repeated listens the music finds its footing. A few tracks can make you feel as if you’re really on the island beach, breathing in the fresh air. In contrast, heavier pieces make a greater impact. If you really enjoyed the soundtrack, an extra selection eventually unlocks in the menu to allow you to play the songs as well. 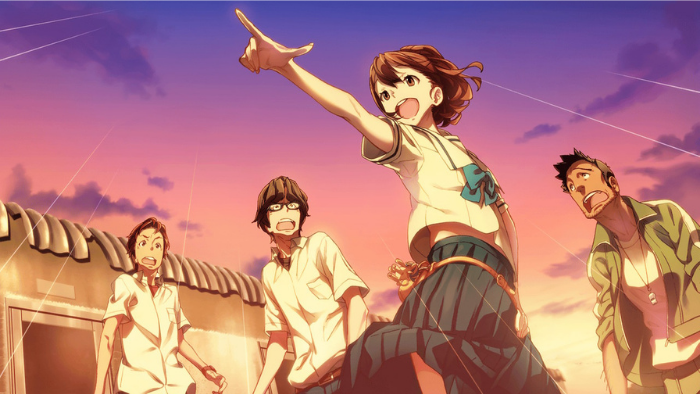 While the voice acting in this game is only in Japanese, the studio found amazing voice talent. Akiho’s voice actress in particular is a standout. Yoshino Nanjo relays her excitement and stubbornness through so much of the game, yet allows the soft and hurt sides of her to shine through when needed. Kaito, voiced by Ryohei Kimura, spends most of his time in the story apathetic, but the switch when he is finally fired up is reflected perfectly in Kimura’s performance.

While some visual novels lend themselves naturally to replayability with multiple endings and story branches, Robotics;Notes is not one of them. By making its branches a part of the earlier story that locks progress behind the routes, the game eliminates the need to return and play the story all the way through to get bonus content. Replaying this game could be best saved for a few years from finishing it, if you really love the story and the characters and need to pay Tanegashima a visit again, or if this was your first Science Adventure game and you wanted to go back after other installments to pick up on references you missed the first time. Otherwise, this is a one-and-done visual novel with little replay value.

The Robotics;Notes Double Pack also comes with a sequel, Robotics;Notes DaSH, which takes place a year after the first story. This game spoils a significant portion of the original adventure within the first few hours, so when you’re booting up the game or purchasing them outside of the double pack make sure you select the right one or your experience will be less than optimal. However, if you enjoyed the characters and core concept behind Elite or need to have more answers than what the game supplies, you’re sure to want to dive right into DaSH once the credits roll.

Although it is a celebration alone to finally get a Western release of this game, Robotics;Notes is perhaps one of the more underwhelming visual novels for fans of the sorts of games found in the SciAdv series. With a weaker than normal mystery and a slightly rushed ending, the main draws of this VN are its strong cast, astounding art and OST, and giant robots. If you happen to be looking for a (mostly) light-hearted visual novel, are a SciAdv purist, or just really like Gundam, Robotics;Notes is the VN for you. However, if you like your story’s mystery to have a bit more meat on the bone or the 30 to 40-hour playtime sounds too intense for you, this would be an easy skip. 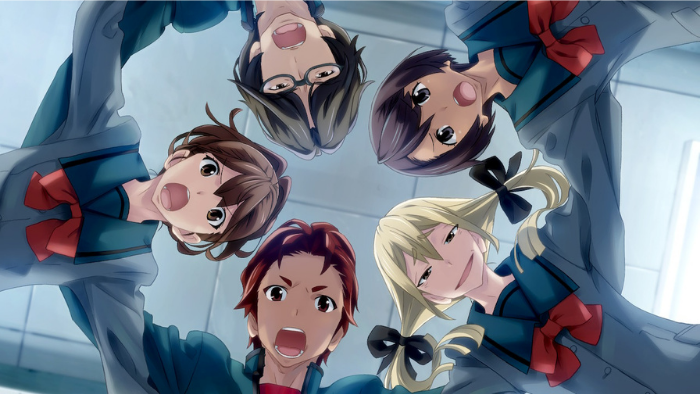