In the world of video games, visual novels have a hard time standing out in the crowd. When reading is your main form of gameplay, it’s understandable why most people would overlook this genre. So how can a visual novel stand out you may ask? Why make it focus on a murder mystery, of course! If that isn’t enough for you, there’s also government conspiracies, haunted curses, and alien theories. The first version of Root Letter: Last Answer came out in 2016, but will this new updated version win people over?

You play as blunt, sarcastic Max. Max finds a stack of old letters that his pen pal, Aya sent him. Aya admitted to killing someone in an undiscovered letter that Max found. Max sets off on his journey to unravel what transpired. Using the letters as clues, Max travels to Aya’s hometown to hunt down the seven friends she mentioned in her letters. 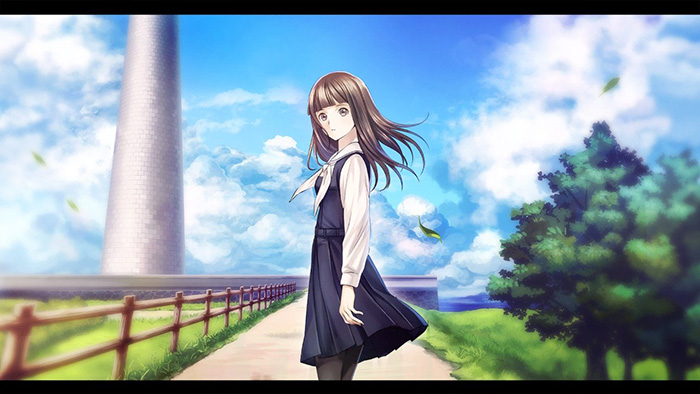 At the start of most chapters, you select your reply to one of Aya’s old letters. Travel around the map to visit locations to track down the friends the letters were talking about. Interviewing characters, inspecting the background, and exchanging information/items is what you end up doing during this part of the gameplay loop.

When you have enough information to find one of the friends you enter the investigation part of the gameplay loop. This part acts as an interrogation. This is perhaps the hardest part of the game because you need to ask/present items in the correct order. You are given the ability to make six mistakes before you have to restart the investigation. If you fail, you can instantly try again, and it does not have an impact on your ending. 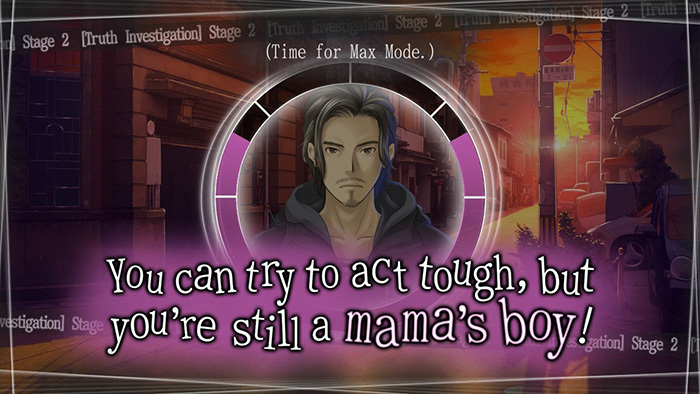 Use the left joystick to select your choices and the A button to select the confirmation. Surprisingly, there seems to be a lack of touch controls. I only remember being able to use the touch controls while entering your character’s name. The check system of the game was a bit of a bummer for me since it didn’t keep a record of the items you already inspected. However, the think option was beneficial. This option sets lost players back on track.

The music in this game is pretty standard. The suspense music is the one that shines the most as it amps up the story beats to the next level.  Adjust the music, character, and sound effects volume in the options menu. You can also adjust the text speed and auto-text function in the options menu.

This game has excellent replay value since it contains five different endings. Each ending stands on its own without comprising your main playthrough. Going through the game five times may seem daunting, but the new game plus system respects the player’s time by giving the player the option to skip chapters. Just make sure to answer the letter at the start of every chapter. This works for the first eight chapters. The endings are based on your replies to Aya. The game is very considerate and remembers which replies you used before. Some endings end abruptly, but once you achieve the true ending, you will unlock epilogues for those endings. Those added epilogues are new to this version of the game.

Drama mode is another contender for replay value by giving the game a fresh perspective with a live-action outlook. Every scene was remade with live-action pictures, it gives players a fresh viewpoint on their favorite parts and characters. The amount of dedication in this mode is tremendous. From the characters to the inventory items, everything is so down in detail to the original art.

The comedic set pieces reach a higher peak of comedy due to the live-action. It truly feels the drama mode was made with the comedy parts in mind, which brings me to my next point. Despite the name, drama mode does not convey the dramatic and gruesome moments of the game. These moments appear to come across as a B-rated movie rather than the intense emotional scene. Fans of the original release of the game may not be bothered by this, but newcomers might want to reconsider using this option. Hopefully, in the future, this idea spans out to other visual novel games.

Root Letter: Last Answer stays true to the basic vision of visual novels. Even though it doesn’t offer any widely new gameplay mechanics, it provides a wonderful diverse band of characters with engaging story paths. The thoughtfulness of the audio option settings is one that every visual novel game should follow. The game does comedy and suspense correctly, but there needs to be a better blend. When the game hits those suspense moments they strike hard. Most of the suspenseful moments tend to happen near the end of the story path. If you aren’t into visual novels, this game will not grab you in. Veterans of this genre this might be for you if you are willing to wait for the thrill-seeking moments and deal with the trial and error of the investigation parts.