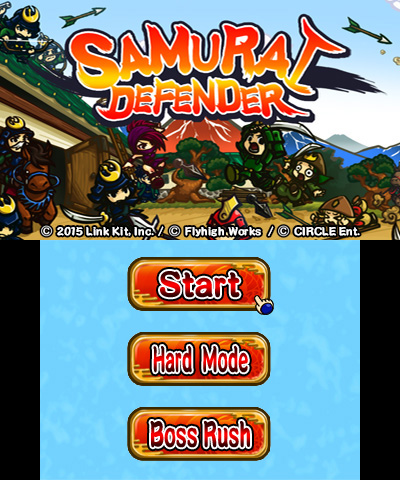 The latest title from Circle Entertainment – Samurai Defender – now has a set release date; and it’s sooner than you think. Yes, Circle’s latest tower defense-type action game will be releasing May 21st. For those of you that have never heard of this game, Samurai Defender is a simple tower defense-type action game set in the Warring States period of Japan. And unlike other known tower defense games, you’ll actually be able to attack on your own. While there is still a bit of strategy to be had, you’ll be able to shoot arrows by tapping on the lower screen of your 3DS. You’ll also earn coins for every kill that you score, allowing you to level up your bowman and/or buy new schemes.

There will also be ‘heroes’, which will portray actual warlords from the Warring States period. I guess it’s safe to presume that these will be bosses, and will be 2x tougher than the regular enemies. Samurai Defender will release in North America on May 21st at a price of $3.99. If you’re in the EU region and this game looks like your type of game, fear not; it’s coming to the EU region as well, just at a later, unannounced date. You can find the trailer and a few gameplay images below. 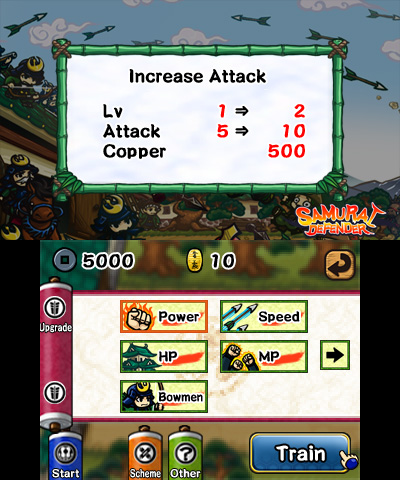 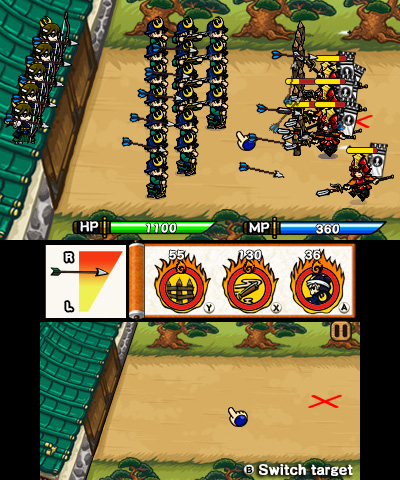 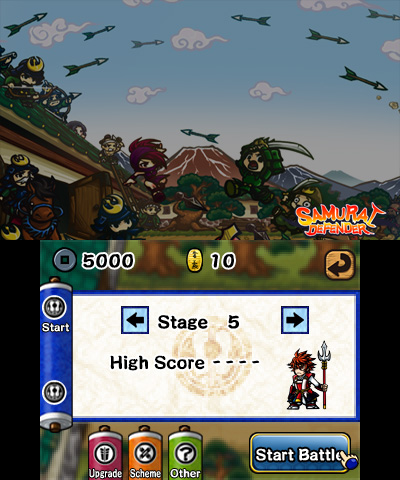 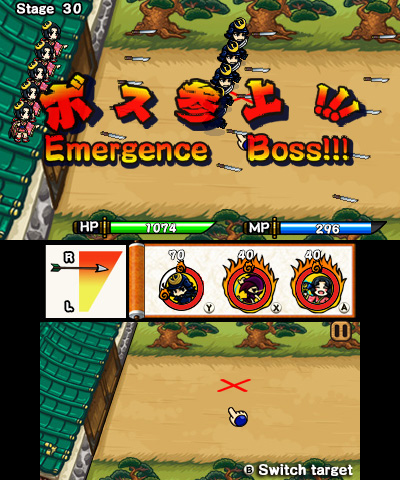