Before you ask, it’s a little different to Shin Megami Tensei IV.

Devil Survivor Overclocked (ported version of Devil Survivor) features enhanced graphics, voice acting, new demons and skills, new rewards system and an extended storyline. The game is available for the Nintendo 3DS, however, it does not take advantage of the console’s 3D. As a matter of fact, most of the gameplay occurs on the bottom screen of the 3DS.

Continuing with the review… 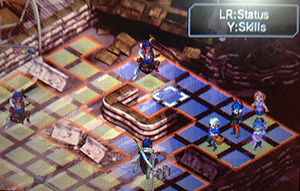 The battlefield is grid-based. It’s a little difficult to use the Circle Pad on the Nintendo 3DS to move, however, the D-Pad works just fine. Each character in your party is limited to a certain number of steps and the weaknesses of enemies are displayed on the map when you hover the cursor over them, therefore, it is recommended to think up a strategy before beginning the battle, especially for battles with strong demons (eg. bosses). However, playing without a strategy is possible but you may lose and learn how to use your team to the fullest for the next game.

There are 61 command skills, 67 passive skills and 28 auto skills. The best skills are unlocked later in the game, making it well balanced so that you can enjoy the game to the fullest when combined with the leveling system, weaknesses/strengths and playable characters/demons.

The battle system in the game is turn-based and you can have up to two demons at a time to fight by your side. If one of your demons manages to lose all of its HP, you have the ability to summon another in its place after the battle scene.

An effect is present when you damage an enemy, for example, if you use an ice element skill (Bufu), you will see ice hitting the enemy (assuming the enemy did not avoid the attack). It is a nice touch but don’t expect too much like the attack animations from Pokemon X/Y. 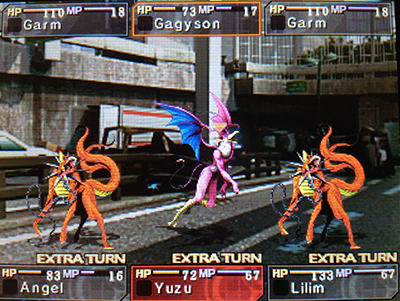 During a battle scene, the details such as HP, MP and the demon’s name are hard to read. If it wasn’t for the HP and MP gauges, this game would have been a lot less user friendly.

It may seem like the demon database is limited when starting the game, however, there are a decent number of demons to use and battle against in the game. On the grid map there are demons that look the same, however, some are different with the same display appearance. It may turn your smile upside down for some time, however, you get used to it after playing for a while and it becomes a minor issue for most.

Difficulty – will it give you a good challenge?

There are two difficulty options: Easy and Normal. The game gets more difficulty after every day that passes (in-game days) and Normal mode requires grinding to advance. Without grinding to increase your level, there is a high chance of failing tough missions.

The differences between Easy and Normal are lower experience and money when playing on the Easy difficulty. Bosses may also use almighty attacks more often in Normal. Overall, Devil Survivor Overclocked is a great game if you want a good challenge (play on Normal mode).

What about the voice acting? Good, bad or ugly…

Yes, SMT Devil Survivor Overclocked has voice acting and surprisingly, it’s good. The voices suit each character perfectly and the text speed (default is 02) is fast enough to keep up with the voices. If you happen to dislike voices, it’s possible to disable them via Options. 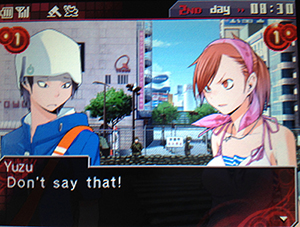 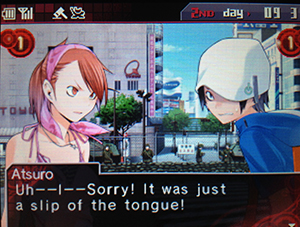 With three different routes to choose from and ‘New Game+’, this game has some replay value (four if you count the two Naoya endings depending on if you choose to save or kill characters in the game). What’s nice is the 3 save slots and the ability to choose which route you want to follow, saving you time from starting over from the beginning.

Shin Megami Tensei: Devil Survivor Overclocked isn’t the best 3DS game when comparing it with other games in the graphics department, however, it makes up tremendously with challenging gameplay, interesting characters, good voice acting and a nice storyline.

SMT Devil Survivor Overclocked gets an 8 out of 10.