In a world where hate and violence are, unfortunately, mostly prominent, it’s refreshing to play a game which is just you, your thoughts, and some very cute animals. Solo: Islands of the Heart is a thought-provoking introspective game about love, sexuality, and how you feel about everything relating to them. At the start of you game you can choose your gender (Male, Female or Non-Binary), sexuality, and what you look like from a selection of 3 characters based on the gender options. However though, your choice of gender doesn’t matter to what ‘look’ you choose, which is nice.

Solo plays as a platformer puzzler where you have to move different types of boxes around to be able to reach different platforms on the islands. The game is very generous with checkpoints, however, there are mole-like animals which pop out of the ground when you get close to them, knocking platforms into the water for you to use, sometimes even being a bit too generous. The puzzles themselves for the most part can be confusing. When new boxes are introduced, they normally spawn in such a way that it shows what they do instead of just telling you. There is also a couple of instances of shadow manipulation type puzzles, even though you don’t get told how they work when you first come across them, using your knowledge of the box mechanics and playing about a bit, it soon becomes clear about what to do. These puzzles quickly became my favorite part as they are done in quite a nice way, simple, yet still requires a bit of thinking. 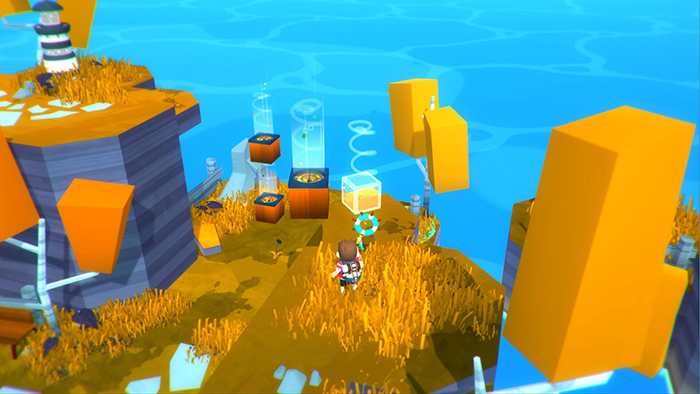 The islands are populated by adorable animals which run around wanting food and to be petted. These animals sometimes have puzzles for you to solve either to be able to get their chosen food, or to reunite them with their love. You can also use your guitar to play music for the animals. The guitar can also apparently be used in puzzles, as you can find different songs to play which have different effects, however, I did not find any necessary use for any of them. These puzzles, including the ones where you must route water to water plants, are 100% optional, does not seem to change the ending / world, and can be considered as the most difficult puzzles in the game. The controls can occasionally make it feel like you’re on ice, which can get annoying when mixed with a camera which doesn’t play nice all the time.

Each archipelago contains multiple totems you have to speak to and answer their question. Each question is designed to make you reflect on your opinions about love, what your life has been like so far, and what you think the future might be like. The only downside to this is that the game only gives you 3 choices for answers to each question. These answers regularly did not reflect my own thoughts on the topic or were too vague to work out what they were meant to be. A “ghost” sort of figure of your supposed true love appears around the place to help you out or to comment on your choices from the questions. Most of the time their comments were confusing and did not reflect the intention of my answers. On multiple occasions you may wish there was a way to go back and re-answer questions. There are multiple places where the “ghost” will appear like meditating, sitting on benches/swings, and other things like that where you can join them in whatever activity they’re doing. You can also sit on the swings and actually swing them which, mixed with the relaxing calm soundtrack and sound effects amounted in a cute little thing to do to soak in the game’s atmosphere. Joining in with these don’t seem to do anything overall though. 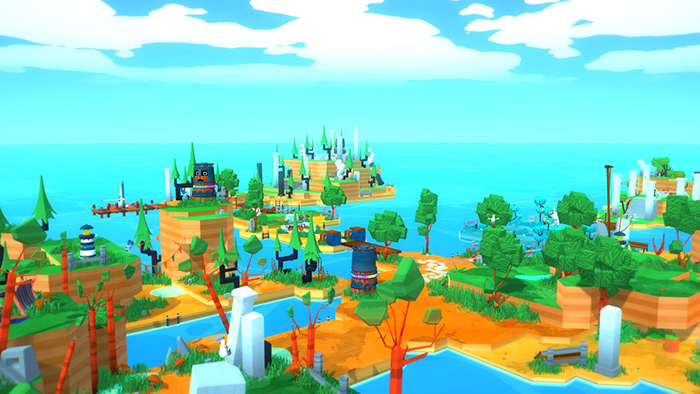 Playing through the game in handheld mode might make it look slightly blurred and low-res. Every time a new area is loaded even if there is no loading screen, the screen might end up freezing for a second or two while everything popped into place. During the ending, the game dropped a few frames as well. Despite those issues, the game ran fine for the most part. 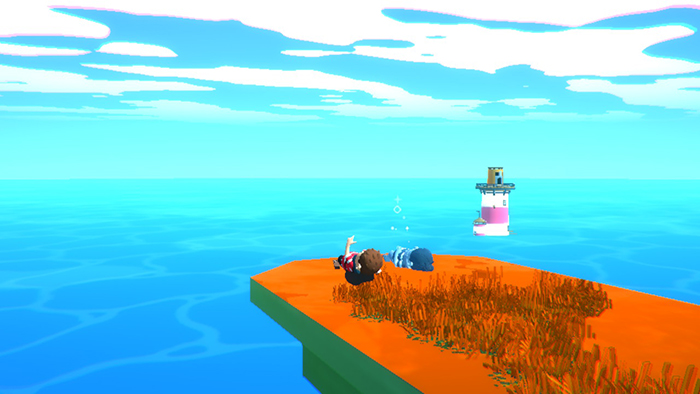 Solo: Islands of the Heart is overall a refreshing tale about love and even if the answers the game gives you do not match up with your thoughts, it still gives you a opportunity to reflect on yourself. You will end up overthinking the puzzles more likely than you might think and you’ll often get that “That’s what I was missing!” feeling. It’s a shortish slow-paced game which tries to do more than it can, however, you can play a guitar for animals and make their day which is always great.