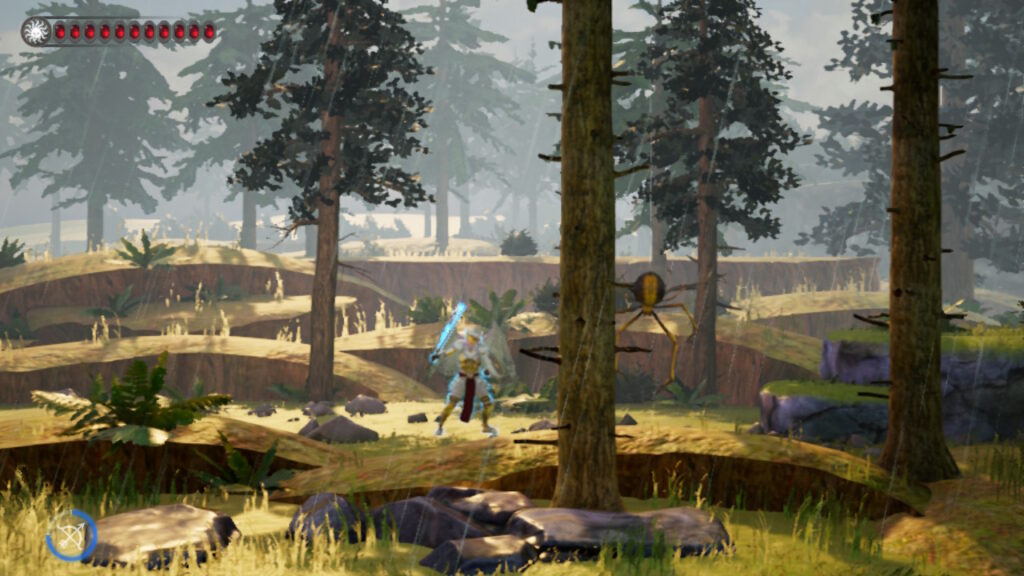 Your adventure begins in the Plains of Windhu, where a struggling human settlement is on the verge of extinction. Food is scarce, resources are few, and the villagers — who are constantly under attack by malevolent gods — have resigned to their grim fate.

It is in their greatest hour of need that their leader makes a desperate plea to Helios, Knight of Dawn and defender of humanity. Placing the survival of his people in the hands of the demigod, Manu and his granddaughter Pria vow to do everything within their means to aid their village and Helios. 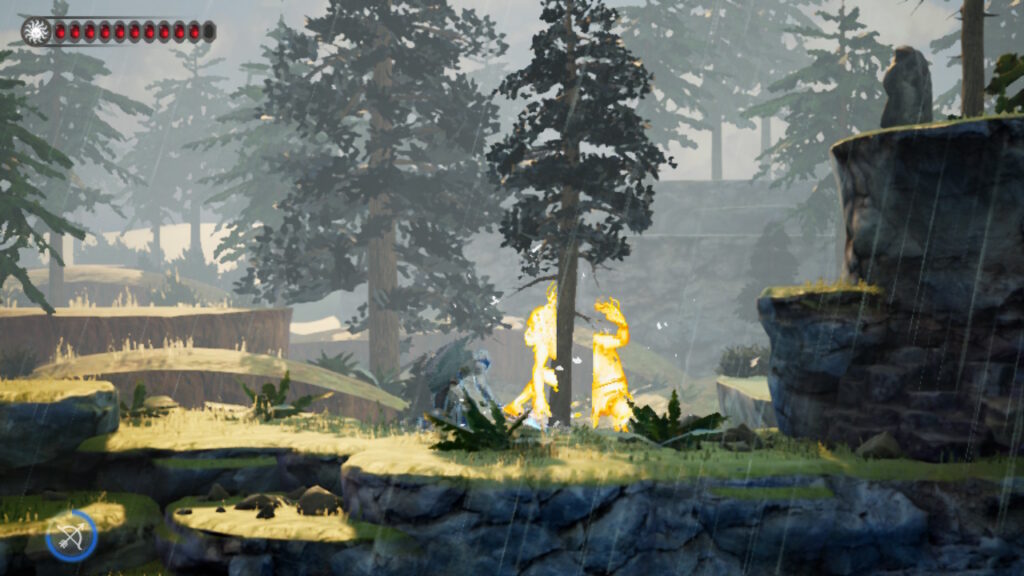 Gameplay: A Tale of Two Modes

As Helios, you are not only tasked with fighting demons sent by rueful deities. Oh, no — that would be far too simple. Instead, our overachieving protagonist decides to tack on more responsibilities to his ever-growing list.

There are two distinct modes of play in SolSeraph, each of which correspond with Helios’ main duties.

Action Mode is more of what you would expect from a platformer. You’ll be running, jumping, and dispatching enemies with your trusty sword and crossbow. Vanquishing demons from the harsh tundras of the Vale of Yeg to the tropics of the Arunan Isles will become a part of your daily routine. 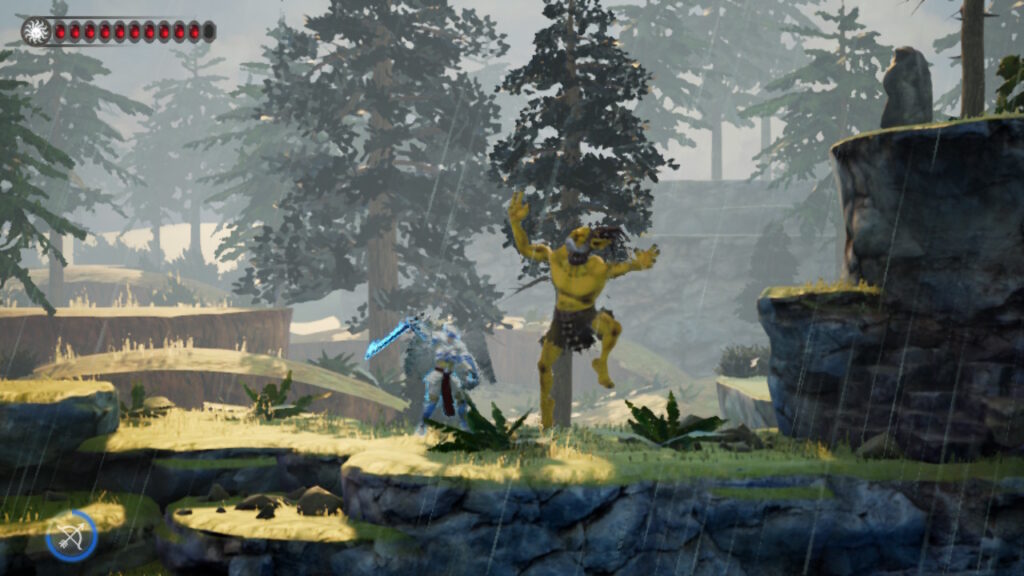 Strategy Mode is a bit different. You’ll begin by constructing a colony at Windhu Plains from scratch. What begins as a desolate plot of land with a single fire burning at its core can, with your help, become a thriving community.

But this isn’t Minecraft. The goal of the game isn’t to build for the sake of building. Rather, everything you create has a purpose that effects the course of the game. Houses bring more settlers. Settlers can be assigned to farms, lumber mills, and other workplaces that produce necessities. Controlling the weather allows you to summon rain for crop growth and storms to strike down your opponents.

Archer towers, spike traps, barracks, and other defensive measures are also needed to protect your people from the countless hordes of demon raiders that will make their way into your camp.

The good news is that Helios is well equipped to handle any trouble he’ll encounter. His shield can withstand a heavy blow, his sword can be charged to deal extra damage, and his arrows can be aimed. The bad news is that the shield will break with every successful parry and the sword takes a little longer than it’s supposed to in order to reach its full power.

Aiming the bow is accomplished by positioning your joystick up or down, so it isn’t very precise. Dodging will send you flying in the opposite direction, regardless of which way you hold the L stick. I didn’t realize this until I’d practiced dodging a few times and hurled myself straight into the enemy.

Helios isn’t the greatest fighter, either. If you were hoping for a Nintendo-esque experience where one hit is enough to knock your opponent down for good, this isn’t it. Swinging your sword about recklessly might help you through the first few battles, but approaching each level with a plan is sure to get you a lot farther.

So, What’s the Verdict?

SolSeraph works in tandem to offer a uniquely addictive and challenging experience. The inclusion an Action Mode and a Strategy Mode makes it feel a bit as if two games were sewn together. The issue here is that it wasn’t done very seamlessly, and sometimes feels as though you’re playing two separate, half-completed games. There’s a bit of a disconnect between these realities.

This game isn’t for everyone. It can get frustrating at times, particularly when mastering controls as seemingly simple as double-jumping requires patience. If you’re up for an adventure and willing to take the time necessary to learn how to play, then go for it!