Yesterday, Sega revealed the debut gameplay trailer of Sonic Lost World through IGN. From the trailer, you can see Sonic in action in the first publicly released gameplay footage. In addition, it shows you the recently teased enemies in the game :

Have you forgotten already? Sega teased an image with the caption, “Six will rise from the Lost World. Are they friends or foes? Find out on May 29th”. This trailer shows you the faces of these foes. Yeah, they’re not friends. 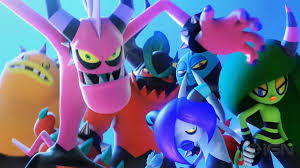 Don’t forget to check out the game’s debut gameplay trailer below.

Sonic Lost World will be available for the Nintendo 3DS and the Wii U in 2013. No exact release date has been mentioned during the video.