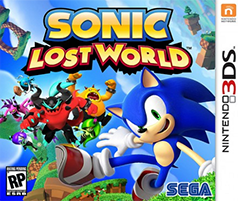 The game’s storyline – Dr. Eggman has harnessed the power of the Deadly Six, however, they rise up against him and now Sonic must unite with his arch nemesis to go head to head with these new enemies. Sonic must use his dynamic new parkour moves and improved Colour Powers to become victories over the Deadly Six. In addition, he can run and jump like in the good old Sonic titles.

The game will feature single player and competitive multiplayer gameplay.