Pokemon Sun and Pokemon Moon have introduced SOS calling in which a Pokémon can “call for help”, essentially making it a Double vs. Single battle. While that can be annoying at times, it has introduced a new way of chaining for shiny Pokémon. This method is easier than most other methods, and works with a wide range of Pokemon.

Things you will need :

So… Let’s get started.

Step 1: Find the Pokemon you want to chain in the wild. This works with any Pokemon as long as it can be found in the wild. For this example, I’ll be using Eevee in this guide. 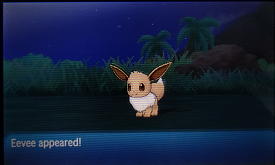 Step 2: Use False Swipe on the Pokemon so it’s in battle with just 1 HP.

Step 3: This Pokemon should now ‘Call for Help’, bringing another Pokemon into battle. If it doesn’t, you can use the Adrenaline Orb.

Step 4: Keep knocking out the second Pokemon as it comes. This is done to build up your chain. Remember, your HP and PP will drain out in the process. Keep using Leppa Berries and full restores. 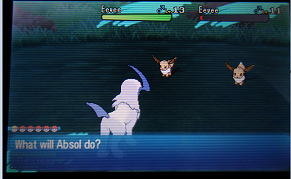 Step 5: Keep in mind that the Pokemon calling for help will eventually run out of PP for its moves. In this case, it would use struggle, breaking your entire chain. To prevent this from happening, knock it out after every 30-40 moves or so, when another Pokemon with the same number is in play.

Step 6: After a few (or a lot) of knock-outs, the shiny you were looking for should appear. Now, knock the normal (non shiny) version of the Pokemon and catch the Shiny one. Congrats, you caught it!

However, this is not necessarily a bad thing. A chain gets Pokemon with progressively higher IVs as it goes on! Therefore, the longer the chain, the better the IVs.

A Few Things to Keep in Mind:

2. Don’t put a status condition on the “calling” Pokemon. It will be less likely to call for help if you do that.

4. It is possible that a different Pokemon appears while chaining (such as Espeon, in the above example). This does NOT break your chain! Just attack the extra Pokemon and continue chaining.

5. This is more about being alert. Be careful which Pokemon you are attacking! I have seen (and even experienced) cases where people attack a Pokemon which wasn’t supposed to be. It is highly recommended you are alert while doing this.