With Spirit of the North, Infuse Studio aimed to create a series of curious labyrinths and contemplative environments, bound together by a profound, wordless story. But did they succeed?

You’re a fox, and there’s a scarlet streak in the sky that bathes its surroundings in red light. That light is the source of corruption that threatens to destroy your world, and your objective is to reach it. To get there, you’ll need to navigate your way through environmental puzzles that span across vast Nordic landscapes. Luckily, you won’t be doing it alone. Accompanying you on your adventure is the spirit of another fox, the Guardian of the Northern Lights. Together, you’ll be scaling mountain ranges, swimming through springs, and exploring the remnants of a long-forgotten civilization.

All of the puzzles in this game are environmental. This means that you’ll progress by manipulating your physical surroundings, whether it be through riding geysers to get to places that are normally out of reach or by removing thick red thorns that obstruct your path. You’ll encounter more than just the physical in Spirit of the North, though. Wild blue flowers sprout from fields near puzzles, and from them you can absorb ether. This ether can then be transferred into stone tablets, which unlock new areas to explore upon their activation. The closer you venture toward the light, the more elaborate the puzzles become.

You might begin your journey as an ordinary fox, but that certainly isn’t the case by the end of it. The ether that you absorb from the flowers can also be used to summon your powers. These abilities are essential to completing puzzles, and will make certain activities a lot easier. For example, you can leave your body and explore the world in spirit form, which allows you to walk on water, makes you weightless, and gives you access to blocked off areas. Other powers include a powerful bark that banishes corruption and supersonic speed that lets you travel across large distances in a flash.

During your travels, you’ll cross paths with the skeletal remains of shamans. By reuniting them with their staffs, you’ll awaken their spirits. While awakening all 28 shaman spirits isn’t mandatory, there are at least two whose awakenings are necessary in order to progress. It adds a little extra to what’s otherwise a pretty short game, so keep an extra eye out if you’re doing a complete playthrough or if you’re a returning player.

Spirit of the North‘s wordless storytelling is a textbook case of catch-22 — it’s what made the game great, but it’s also what prevented it from being greater.

At the beginning, it contributes to the game’s unique atmosphere and gives players the freedom to explore the environment at their own leisure. There are no tedious tutorials or long-winded backstories, just visuals that occasionally offer the player guidance. It gives the game a serene tenor and the player a sense of independence. For the first little while you’ll even appreciate how simplistic the narrative is, and your plot-oriented concerns will drift to the back of your mind. 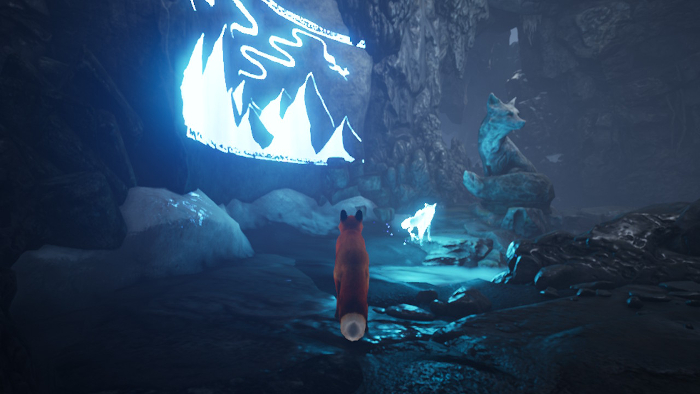 The major problem is that these concerns resurface only a couple of chapters in. Not only have many of your initial questions been left unanswered, but every development gives rise to new ones. Is the volcano responsible for the death of the shamans, or was it something more sinister? How is the red light involved in all this? And am I… astral projecting? Whatever you do, don’t hold your breath for answers — not only does the game never explicitly confirm anything, but it nearly abandons storytelling altogether.

Some games leave plot points purposefully vague with the intention of returning to them later, while others decide to let the players fill in the banks with their imaginations. Neither of these seemed to be true of Spirit of the North. Instead, players are invited to contemplate the most integral components of the plot — which is enjoyable when you have a base to form your conclusions on. Since that wasn’t the case here, though, it almost feels like the creators didn’t have the answers themselves and were hoping players could put the story together without having all the pieces to the puzzle.

Done with a bit more care, it could have carried on the legacy of other powerful games that share their stories without a single word of dialogue, like Journey or Ori and the Blind Forest. The plot could have even been revised to focus solely on exploring the remnants of the lost civilization and enjoying the beauty of the Scandinavian settings, much in the way that Abzu explores the spellbinding depths of the ocean.

Spirit of the North‘s controls are a bit clumsy, which sometimes makes precise movements difficult. Since it isn’t possible to switch the direction you’re facing without moving, balancing on small platforms is especially frustrating. The good news, though, is that the aforementioned scenario only happens a handful of times throughout the game. For the most part, careful balance isn’t required, and so the controls are relatively cooperative.

The solemn, almost haunting soundtrack adds to the gameplay. It’s minimalistic, and suits the game perfectly. Along with the scenery, it creates a tranquil ambience that makes playing Spirit of the North a reflective and peaceful journey.

Spirit of the North has stunning visuals, and every chapter unveils a unique landscape filled with bold colours and striking symbols. Breathtaking environments await you at every turn. 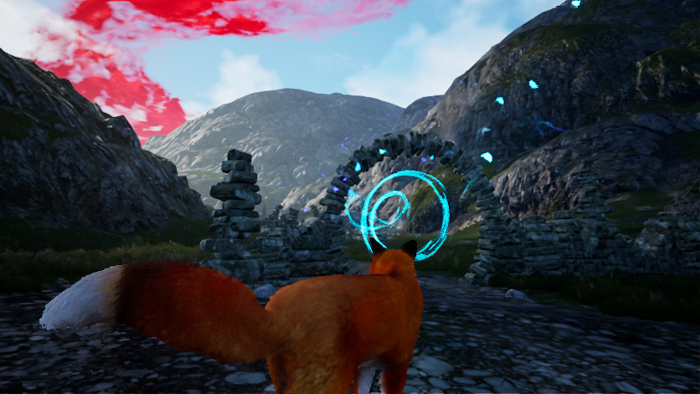 You’ll encounter grassy knolls, high mountains, fields of snow, and icy caverns — and every one of them is a feast for the eyes… to an extent. As beautiful as these environments may be, they sometimes appear unpolished and messily rendered. There is no question that Spirit of the North was not effectively optimized for the Nintendo Switch, and that the game had to reconcile its lofty ambitions with the graphical capabilities of the console.

Some of the places you’ll visit during your expedition are extremely dark, especially if you’re playing undocked. There are some chapters where you’ll have to turn up the Nintendo Switch’s brightness incredibly high just to see what’s going on. The occasional frame rate drop is also not uncommon, but thankfully the game never freezes or shuts down. 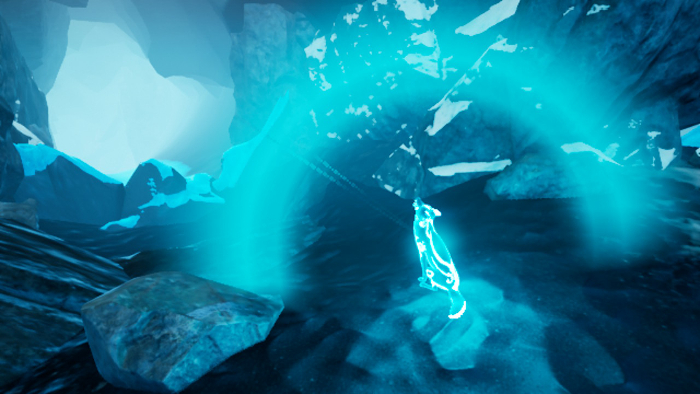 Spirit of the North was a game with limitless potential. It could very well have set an industry standard for the next generation of silent games. Unfortunately, with its limited storytelling capabilities, clumsy controls, and subpar resolution on the Nintendo Switch, it falls short of its goal and leaves a lot to be desired. If you want to enjoy the scenery and soundtrack, it might be best to buy the game for your computer or PlayStation 4, where the resolution is higher. If you’d like to pick it up out of pure curiosity, there’s nothing stopping you — but it is by no means a must-have.