In a dark alleyway, you can faintly hear the sound of a subway, deep in the depths of the sea. Welcome to the Octo expansion. You are an Octoling, but you find yourself in a bit of a bind. You have forgotten who you are, developed a desire to escape the underground, and to top it all off, you got knocked out by someone. When you come to your senses, you find Captain Cuttlefish standing over you. He is terribly lost and decides he could use your help, trusting you because of your shared fandom of the Squid Sisters. Once you look around awhile, you find a strange talking phone that sends you on your way with the knowledge that you “need four Thangs (not a typo, what the phone calls them) to reach the Promised Land” as a subway approaches.

This is the beginning of Octo Expansion. As you explore the different subway routes, you can use the CQ-80 device’s map to navigate. The railway has stops at different test chambers which must be completed before passing. Circular test chambers allow you to advance through a route, while beating a square-shaped level opens up a new route. These routes turn and bend, so you don’t know which way the route will take you to till you unlock it. The four Thangs are found in the big round levels, so finding the routes with those inside will help you progress, but finding other routes can give you other ways to get to the different Thangs. 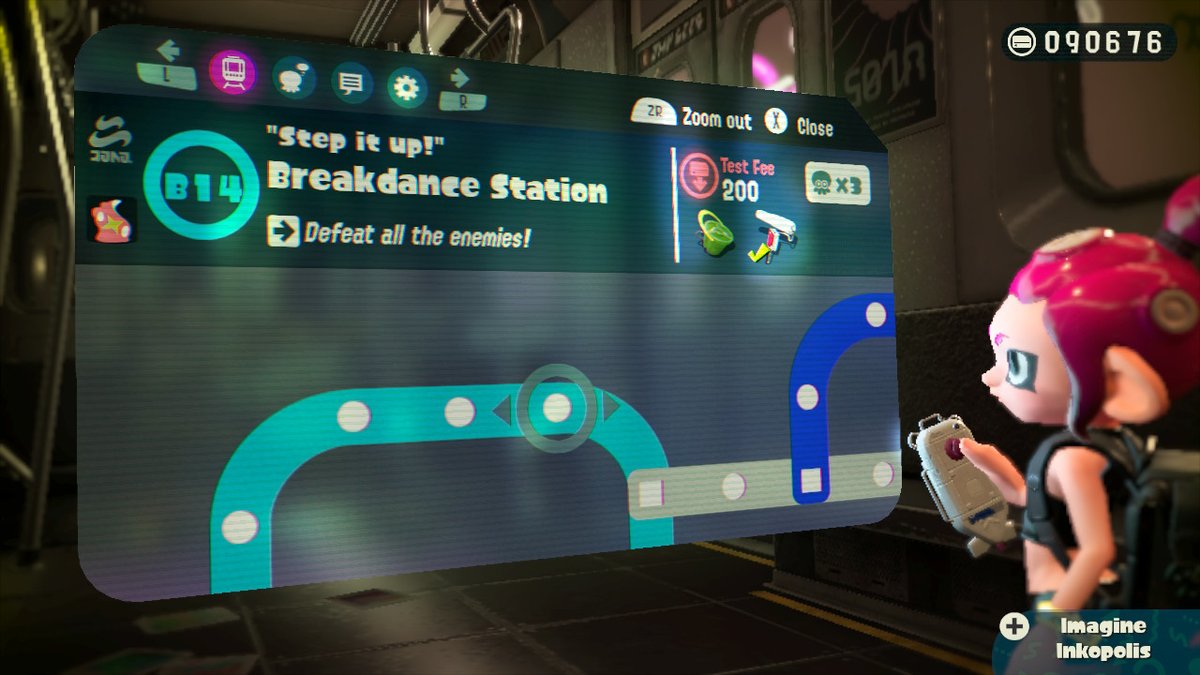 The test chambers have a delightful variety to them and a threatening difficulty as well. A good few of them are simply a ‘get to the end’ type of level, similar to the single player from the main game, but with level design that gives you less of an advantage over your enemies. A large percentage of the tests are new fun challenges, such as special stages that you must make it to the end with infinite Inkjet or Baller, 8 Ball levels where you must push the 8 ball to the goal, timed target challenges, rainmaker and tower control challenges where it is one against four evil Octolings and more. There is a large variety With 80 test chambers available. These new types of levels make entertaining ways to play and increases the difficulty significantly due to demanding more from you than just getting past a bunch of weak enemies.

Though there are many difficult challenges, there are some features to help players who have a tough time, while at the same time improving the experience for skilled players. First, there is the point system. Every time you challenge a test chamber, you receive either 1, 3 or 5 lives, and pay some points. You start with 1000 points and you can get more from finishing levels (or in gifts from people on the subway). If you run out of lives in a test, you must pay the fee again to continue. This can help improve a player’s experience by encouraging players to save the harder levels for later, as they tend to cost more points or have only one life for each payment. The second feature is the multiple weapon system, which is in most of the tests. You can choose between 3 different weapons and they are usually in order of easiest to hardest. Thanks to this, beginners can beat the game in a slightly easier way and thrill seekers can increase the difficulty to insane levels. The last feature is the ability to skip levels if you die too many times. This feature allows players with no skill to get the main reward, playing as an Octoling in online play, without actually beating the game. There are limits to this, as if you do this for every level, you will use up too many points, therefore completing a level can be necessary. This does, however, prevent you from receiving the Mem cakes at the end of each level. Mem cakes are little rubber eraser looking objects that come with a poem. Mem cakes are required to receive special gear that are exclusive to the DLC, so skipping a level is really only useful for people who do not want the full experience. Almost every level can be skipped, including the finale. 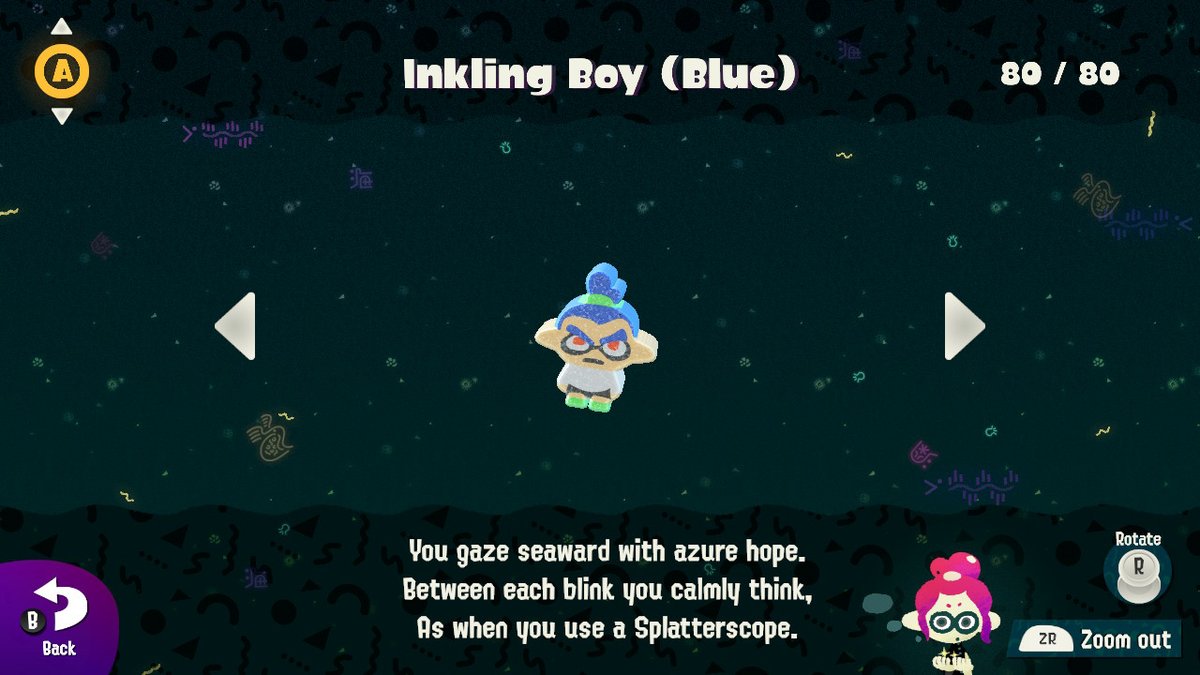 The atmosphere is excellent. The beginning sequence does a great job introducing the strange and shady place that the Deepsea Subway is. As you continue through the subway, you may notice some strange things floating around. Random items from the 90s float around many levels and there was even a level that the entire background was records. This place is pretty wacky. The music does a great job fitting the level type. Puzzle levels have ambient electric tones, fast paced levels have a high tempo techno beat, and more linear levels have a few songs with drums and Octo lyrics (similar to normal single player but with a more serious and mysterious tone). Some songs from the original story mode were recycled, but only in similar situations, like the ‘versus Octoling’ song playing in the ranked mode simulations. The finale also has some great music from the band, Off The Hook.

Speaking of Off The Hook, they are your main source of lore in the expansion. Marina and Pearl call up Captain Cuttlefish on accident and after learning your situation, offer their help. They give advice during levels, and as you beat more tests they have chat sessions with the captain, and record them so you can read them later. The lore contained in this expansion isn’t much, but it clears up some loose ends from both Splatoon and Splatoon 2, especially regarding Octolings. The subway itself also adds to the world of Splatoon making it feel like a more real and mysterious world.

The ability to play as an Octoling in online play is more than just a few new looks. The Octoling has four options for hair, a ponytail or some longer hair for female Octolings, and a Mohawk tentacle or an afro for male Octolings. But Octolings also have unique movement animations, voices, and victory and defeat animations. The Octolings aren’t just re-skinned inklings.

The Octo Expansion brings a new mysterious place to explore, new music, lore, and the ability to be challenged as much as you desire, though those who take on the hardest challenges are rewarded handsomely for their efforts. This is a expansion made for anyone who loves Splatoon, loves the single player, wants to get better at ranked battles, likes a challenge, or someone who really just wants to play as a Octoling, though just for that might not be worth the purchase, as you miss out on all the fun. push yourself to your limits. 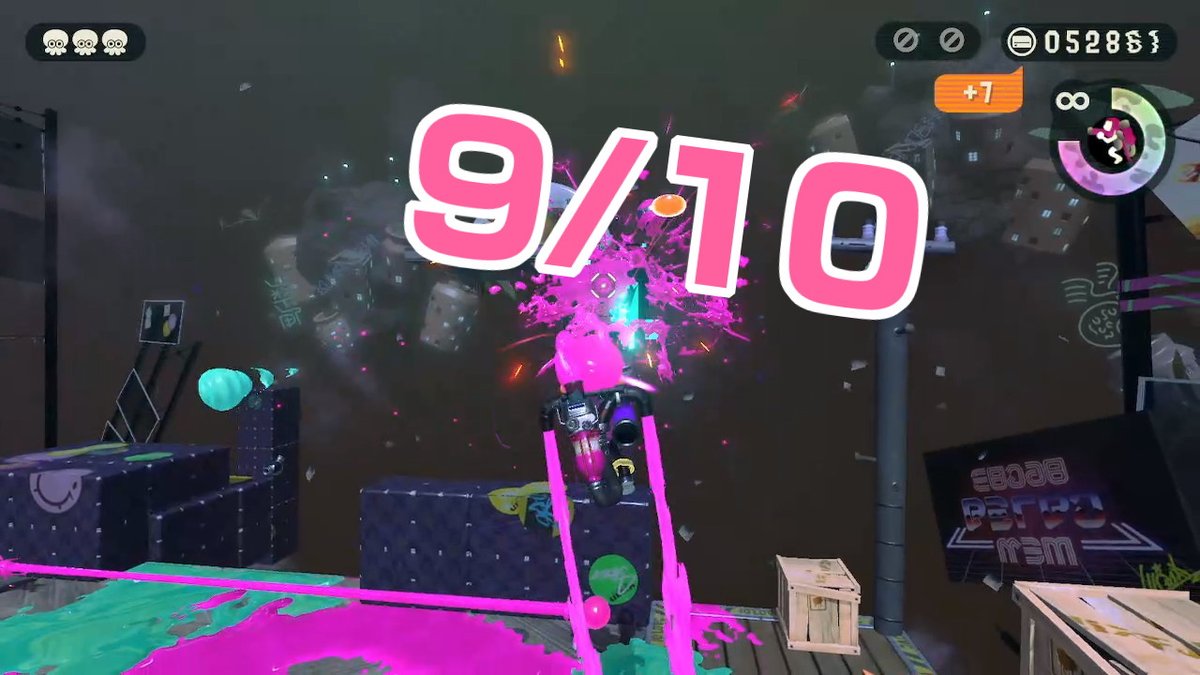 A Nintendo fan his entire life, he has much experience in platformer games but more recently has expanded his gaming to all genres. His first system was the Nintendo 64 and still thinks star fox 64 is a masterpiece.