Ah, the apocalypse! The world has ended, resources are scarce and hostile forces, be them zombies, mutants or other survivors, are everywhere. Everything is a struggle for survival. That’s why post-apocalyptic themed games are mainly based on combat, resource management and are tense, erratic experiences.

Uppercut Game chose another way and opted for an exploration-focused experience, without combat, time limit and game overs whatsoever.

The world ended and now is covered in water. The only things visible on the surface are the remains of the tallest buildings, upon which algae and vegetation overgrow.

A lonely boat proceeds on this vast sea, a girl and a wounded boy onboard. Miku, carrying the brother on the verge of death, takes shelter in an old edifice. That’s where our adventure begins. As a girl, we will sail across the ruined city and find the necessary supplies to save Taku’s life and help him to recover.

The game immediately manages to catch the player’s attention and raises many questions. What happened to the world? Who wounded Taku? What are the mysterious, fungal humanoids that always observe the unfortunate duo from afar? 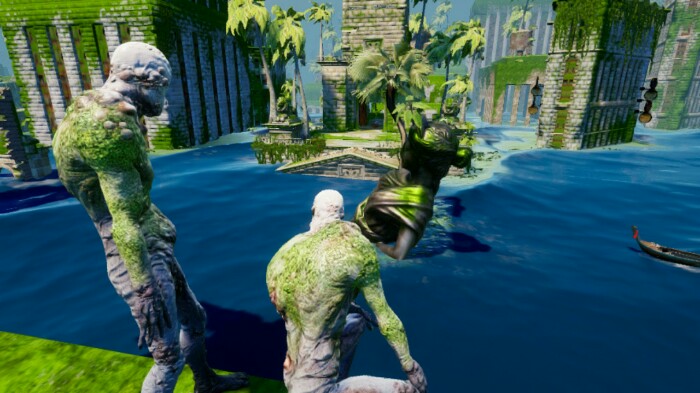 While it’s possible to gather some answers from the girl’s flashbacks and the notes scattered around the map, the whole plot is rather thin. This aspect, together with the anticlimactic ending, makes the story a pretext for the true objectives of the game: exploration and atmosphere.

This is an exploration-based game that gives the player the possibility to freely roam without a defined route. Still, calling it an open world would be an exaggeration since the map is relatively small.

There are two ways of exploring in this game: via boat and by climbing the buildings.

There are some common elements between the two phases. A compass shows the four cardinal directions, the home base, and the nearest supply box. A telescope zooms on things. The journal contains information about events, creatures, and places of interest, all represented by pictograms. Finally, there’s the map, which the player gradually fills, and that depicts any point of interest.

Sailing is pretty straightforward: the analog stick is used to change direction, while ZR to actually move the boat and ZL to boost. The controls might feel a bit clunky at first, but the player will get used to it fast.

During navigation it is possible for Miku to find and scavenge crashed boats, their parts represent power-ups with which lengthen boost duration. It’s also possible to find landmarks, which serves nothing more than being good postcard points. 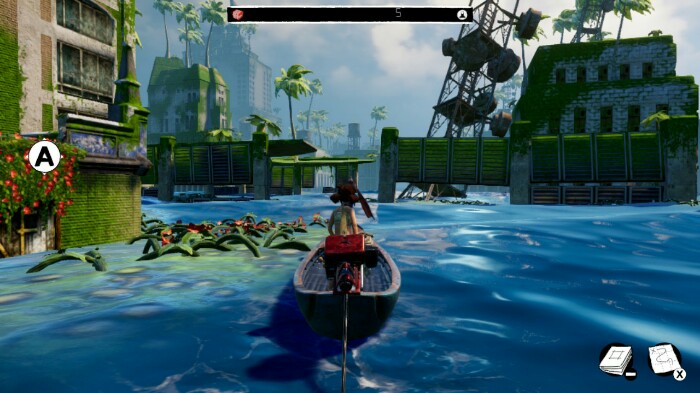 The girl will eventually reach explorable buildings. They’re easily recognizable while on the boat thanks to the red ivy from which can be climbed. There isn’t a specific order to follow in exploring them since every building will have the right supply regardless of the one the player reaches first.

Exploration on land is mainly done via climbing. It’s possible to grab edges, pipes, ladders and ivy. There’s no jump button: everything is done with the stick, choosing the direction will get the girl to jump, get down or go up accordingly. There isn’t any way to mess up since there is no game over: if an edge is too far or too low the movement in that direction won’t be possible. Sometimes Miku will falter as if she were to fall, but that’s only done to spice things up.

It’s possible to find journals while exploring the building. Each journal will grant a new pictogram about the city’s story. Some of them are really well hidden, while the location of others is pointed up by the game, that fixes the camera to show them. The most difficult thing is to actually reach them. 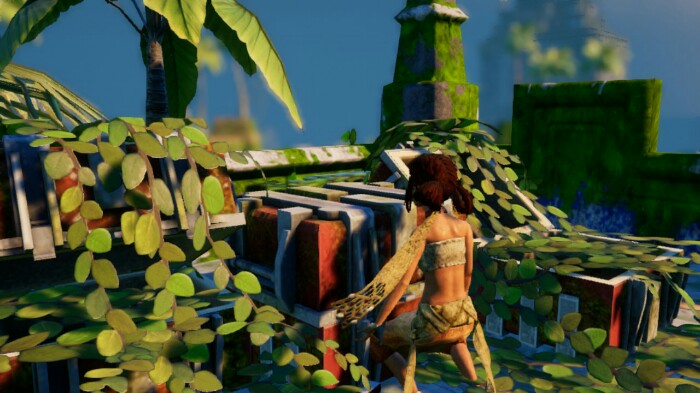 The dull backtracking is also exacerbated by the fact that as soon as the player finds the supplies box, the game teleports them back to the home base. To get that secret they neglected at first, they’ll have to reach the building again, climb up and reach it, this time doing the return trip too.

It might be fine the first two or three times, but as the game progresses and it becomes clear that the buildings have almost the same textures, the same music, and basically the only thing that changes is their layout, boredom will substitute wanderlust.

To complete the whole main story, 3 or 4 hours are more than enough, while it might take around 5-6 for completion.

The game, to improve immersion, gives the player the possibility to disable the HUD. The point of interest are still visible to not hinder playability.

There’s also a Postcard function, which freezes the scene and gives the possibility to rotate and zoom the scene freely to take better screenshots. 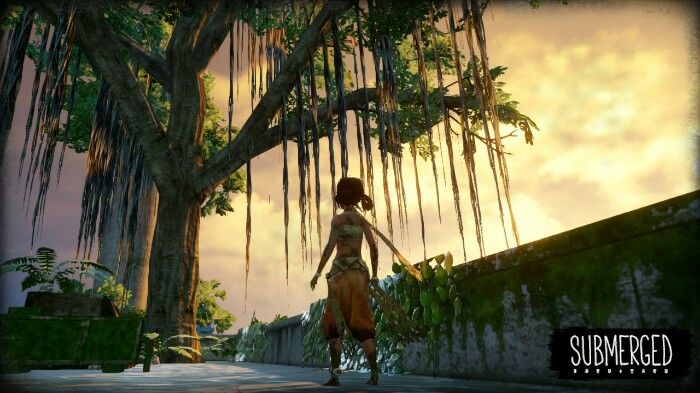 It’s a single-player experience that doesn’t offer any online or co-op option.

The best thing about the game is its art style. Even though the graphics are a bit dated – the original release goes back to 2015 after all – they really convey the idea of an abandoned city, conquered by the sea and vegetation. Some buildings are eerie and at the same time awe-inspiring. Too bad most of them cannot be visited. The light effects are beautiful too, with the sunlight reflected by the water and dynamic shadows.

There are some clipping and stuttering effects, but they’re almost unnoticeable. The only annoying glitch was a sudden blur of the screen in some fixed location.

The soundtrack is good too, and while there isn’t a great variety, the tone of every track is spot on, from the relaxing music heard during the boat section to the epic tone of the one heard during climbing. The songs stop while the player is in the same location for a while, so they aren’t intruding at all, leaving a place to the ambience sounds.

There is no voice-over since there’s no dialogue in the game.

Once the credits roll, Explore in the main menu substitutes the former Continue: it gives the player the possibility to continue where they left off and get the remaining secrets.

That’s the maximum extent of replayability since there’s no New Game+ whatsoever and an eventual restart won’t change the overall experience.

Submerged is a literal missed opportunity: it could have been much more, a longer game, a funnier game, and a deeper game.

The premise and location tease the player’s imagination, but the overall story is pretty dry and minimal. The sense of freedom is only superficial since it’s an extremely scripted experience. Controls are simple and, while there isn’t any intrinsic issue with this, it results in an exploration that isn’t exciting, but rather dull and repetitive.

That said, for people who simply want to relax for a few hours, don’t aim for completion, and happen to find the game on sale, it can be a suitable game.