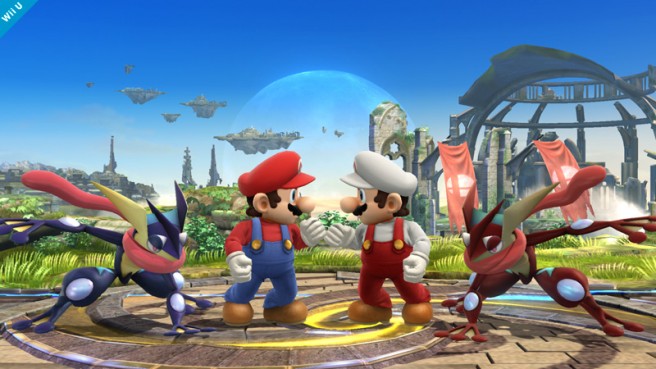 Today, Sakura announced two features for the upcoming Smash Bros game. First, we can notice the different color patterns of the character. The second feature is the most interesting one: the character will be mirrored when changing position:

The leg and arm positions of some characters will automatically be mirrored when facing left or right. Mario, for example, will have his chest shown in the foreground regardless of whether he’s facing right or left. This was quite a tedious task, but thanks to it we can show the best features of each character even better. 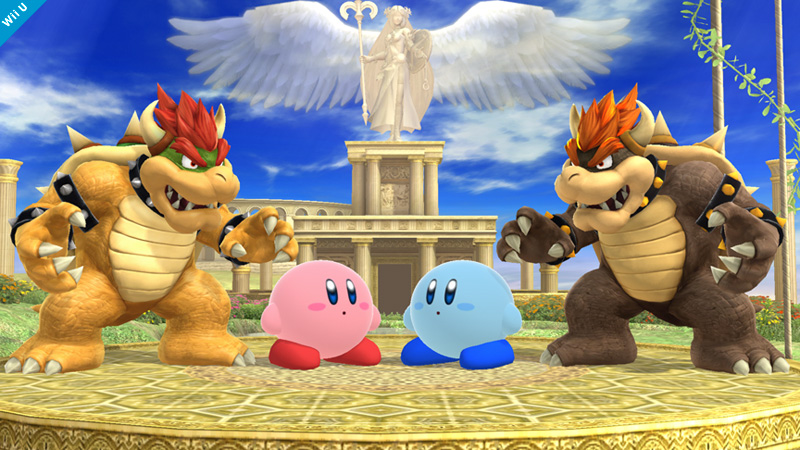 Here’s another example: in the previous games, you saw the back of Kirby’s head when facing left. Now Kirby looks great from any angle.