Tengami can be described as a puzzle game but to me it was an experience. Behind the little story about a samurai and his journey to discover the secret of a dying cherry tree, you will resolve some puzzles in order to retrieve three different cherry blossom flowers.

With just one main hint, in order to beat a puzzle you need to discover a way to resolve it and sometimes the hints are hidden in ways you wouldn’t expect them. The most interesting aspect of the game is how everything works like a part of a giant pop-up book and meanwhile it doesn’t look like a realistic book, it does a great immersion to the world for the player. 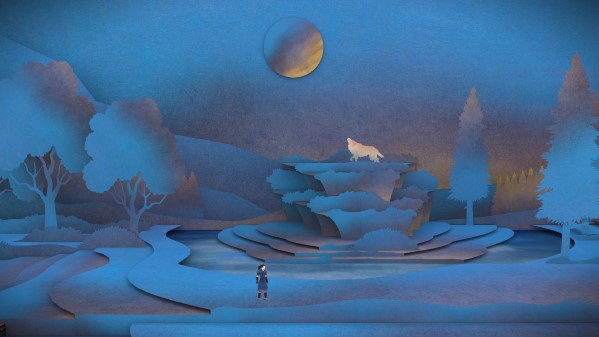 The difficulty curve was done pretty well where at the start it introduces you to puzzles that are easy to solve and finishes with a good challenge. As a little extra for Wii U users, during your adventure you will also be able to find ten different stamps hidden in the environments.

Players can fully play Tengami using the tactile screen of the Gamepad, therefore you should expect to tap the screen many times. The main problem of the title is movement because it can be quite slow at the point to be called boring: yes, it’s a nice excuse to enjoy the environment, however, if you are solving a puzzle, it can be a pain.

As I said, Tengami is more of an experience than a game: the game looks fantastic with an excellent modeling work, including a great quantity of details in the environment when they’re folded… like a pop-up book for example. The soundtrack isn’t behind, it’s a wonderful and relaxing soundtrack using Japanese instruments.

The title’s presentation is nicely done, and meanwhile I would have liked a Wii Remote control scheme or the inclusion of a manual, I wouldn’t complain about the title’s duration and its replay value in consideration of its price: you can easily finish the game in under two hours or less with no reason to come back and play again. 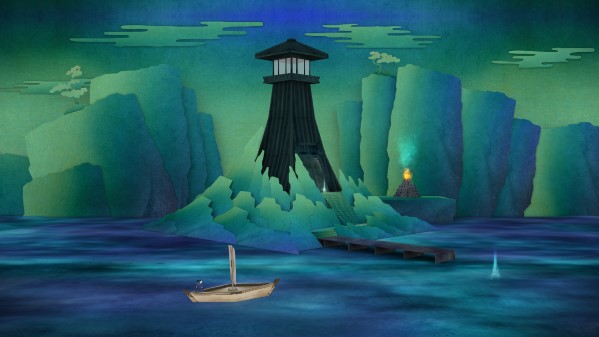 As a final note, the title is made to play with the Gamepad’s screen, however,  you can use the TV to play with as well.

Conclusion:
Despite its really short duration, you’re buying more than a game – an experience, a piece of art using software as a way to show it. Even without replay value, it’s a title that needs to be played in any form, and my only reason to recommend it… on any platform. If you find it on sale, be sure to buy it.