Nintendo gamers will finally be able to experience Terraria on their consoles since the game will be available for 3DS and Wii U systems in 2016 in North America and Europe. Even though the game is already available on several other platforms, anyone who wishes to test run the 3DS and Wii U versions of the game can at 505 Games’ Gamescom 2015 booth.

Terraria is an action-adventure open-world game where players can explore, dig, build and fight. It’s a port for both of Nintendo’s latest consoles, the 3DS and Wii U, taking advantage of the systems’ touchscreens and styluses to control what is done in the game. 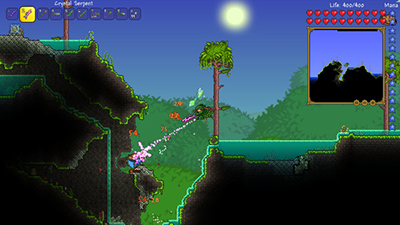