The Church in the Darkness takes an interesting perspective on cults and isolated civilizations. While most eyes may see a cult as a brainwashing technique to provide a sense of power, belief, or similar, Isaac and Rebecca Walker invited their followers with open arms in order to exercise a safe haven where the United States Government could not reach them, or so followers thought.

The game focuses on the cult’s home of Freedom Town, deep in the South American jungles. However, for those left behind when their family and friends left for Freedom Town, things start to appear as they really are. Freedom Town is not so free. 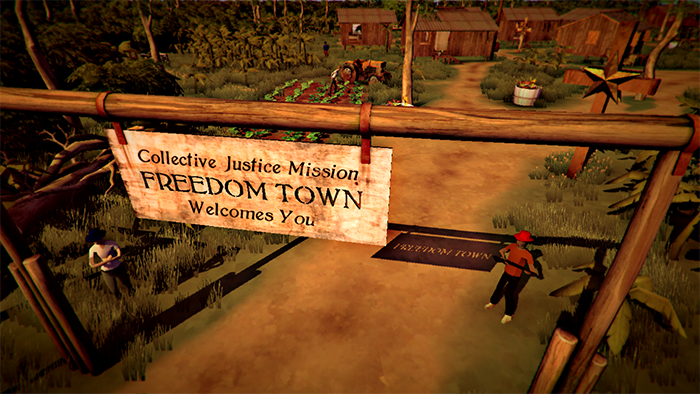 Players play as Vic during the game. You enter the jungles of Freedom Town in order to find traces of your nephew. The game has quite a unique story and narration points. There are many little tidbits of propaganda, flyers, documents, and similar which you have the ability to view in the game. This adds to the depth of the story, which is always a plus.

The game length can last anywhere between 10 minutes or so, all the way to two hours at most, if you spend your time looking at the environment and interactive lore pieces. The map of the game is large enough to get lost in, as it has many pathways, twists, and turns. However, it is small enough to remember certain landmarks and formations. This allows you to find your way and know what is coming up. To use the upcoming terrain to your advantage, if you have played the area before.

There are also some featured voice actors in the game, such as Ellen McLain and John Patrick Lowrie, who voice the cult leaders Isaac and Rebecca Walker. 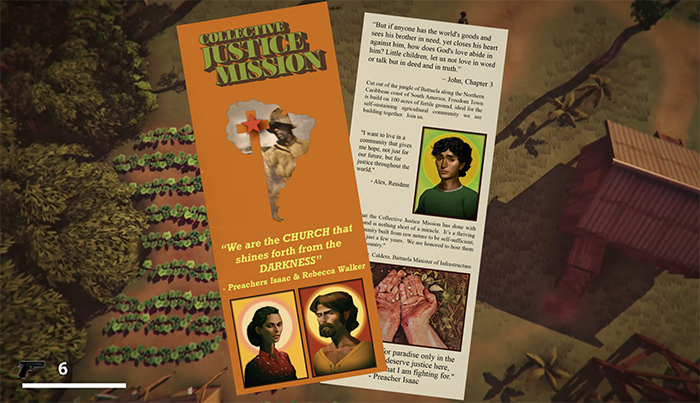 The gameplay is where it falls short. You have two choices most of the time. You can use stealth and sneak around guards, watchtowers, etc. Or, you can simply take them straight on and force your way with brute courage. Though, that’s pretty much it. The game focuses a lot more on the story aspect of it rather than the different mechanics of gameplay. You can fire guns, use non-lethal take-downs, and interact with those trying to live peacefully in Freedom Town.

The game uses ‘sight lines’ on guards and such in order to allow you to avoid detection by them. You can also cause distractions to get them out of the way. But even with those assets in the stealth section adding to the game, it still seems to fall short on gameplay. It would be nice to have more puzzles, strategy, and even potentially mini-games to keep the player more interactive. 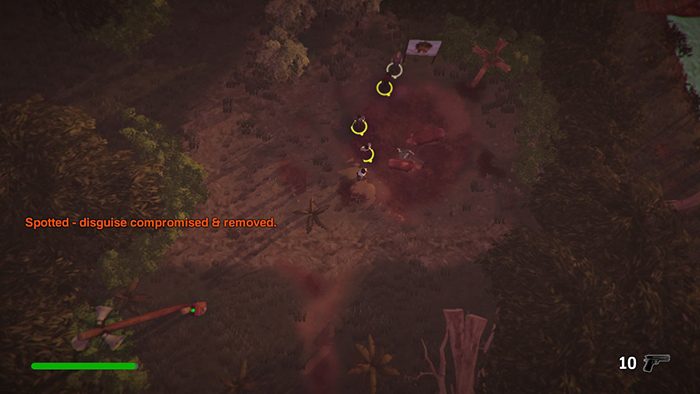 In terms of difficulty, it really all depends on what route is taken. Stealth tactics are a bit more difficult in some areas, since said area may be extremely populated. But in other areas, it may be easier to simply slip past the guards. A mix of both tactics would make the game the easiest it can be. However, stealth tactics are easier for a majority of the gameplay. Though, you’ll definitely be receiving a few frustrating deaths either way.

The sight lines of enemies are pretty large, which does not allow too much movement when they are searching. If backed into a corner, there is almost no way of escaping at that point. This can really cause issues when you are tasked with certain missions such as going into a house to retrieve documents or destroy a radio, and then a guard comes in.

The Church in the Darkness uses a medium-to-low polygon graphic type, which allows unique shading styles and lighting, but leaves quite a lot to the imagination when it comes to details on faces, bodies, and small objects. This can be seen as a positive or a negative, depending on who you ask. 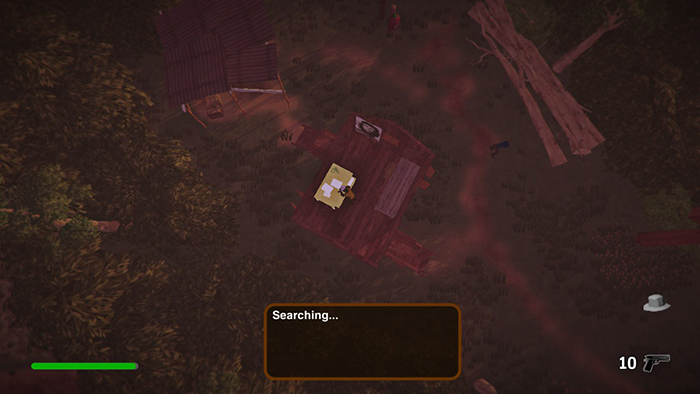 There are multiple endings to the game, which you can unlock by making different choices and taking different pathways and styles of play (lethal, non-lethal, stealth, and more). The tough part is not getting frustrated, enough to reach each ending.

The game falls short in many ways, and a lot of this comes in the form of gameplay. Somethings seems to be missing from the game. On the positive side, the game truly is artistic in a lot of aspects. And the story was well thought up, it seems.

The game does what it does well, which is creating an eerie environment for the player to explore and allows for many paths to be taken, both physically and strategically. That, mixed with the well-thought-out storytelling and lore, is what brings this game to its final score.

If you like stealth games in general or games that allow you to focus heavily on story, rather than constantly be interacting with your controller, then perhaps this game is for you.

The Church in the Darkness receives a 6/10 rating.