The Launch Edition will be available only for people who pre-order the game, alongside a limited number quantity sold as first-print release. The Legend of Legacy will release both physically and digitally on October 13 for $39.99/CA$49.99. 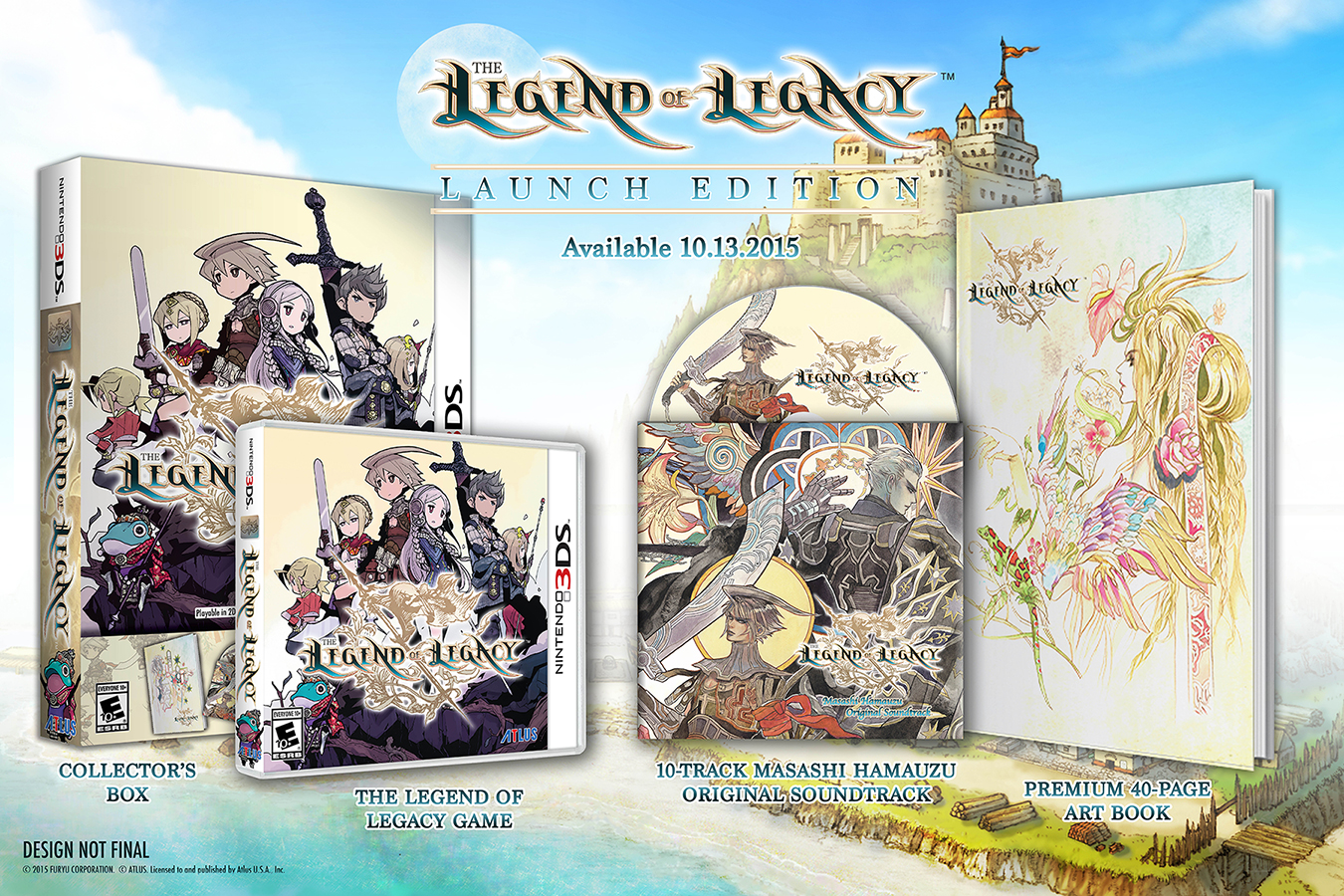 For you who are craving for details, here are some extras provided by Atlus USA:

In The Legend of Legacy, Seven adventurers – Liber, Meurs, Owen, Bianca, Garnet, Eloise, Filmia – arrive on the mysterious island of Avalon to pursue their own agenda as explorers. They team up with two of the other adventurers to achieve their objectives – be it exploring the island for treasure, looking for the “god” on the island, or recovering lost memories. But things change when they discover a singing stone that causes the party to see phantasms of Avalon’s forgotten history.

Gameplay features in The Legend of Legacy include: