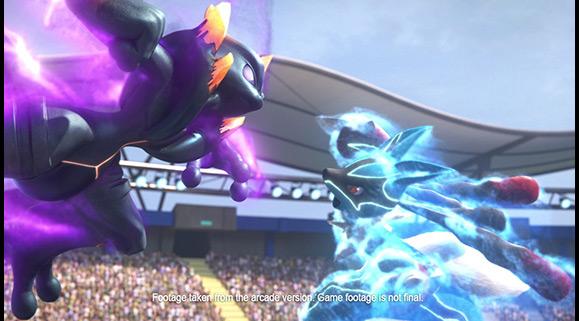 1. Play ranked battles when you are calm with the mentality of you’re going to win.

Seriously, if you’re angry or sad, you will play worse than you would have if you were calm. You must always think that you can win, as I have won a lot of matches when I started with a disadvantage. Therefore, never give up hope.

In addition, you should always play with your main. There is a non-ranked mode for trying out new characters. Anything can happen, so never underestimate your opponent.

Suicune, Mega Lucario and Chandelure kamehamehas: you can save yourself if you jump, as it will easier in the field phase if you think that the attack is going to hit you when you are landing. A majority of characters can save themselves with the A attack in the air.

Mewtwo and Mega Gengar kamehameha: in free phase, you can simply move to the left or right to dodge the attack, however, in duel phase you must use the shield if you are close and notice your opponent is charging the “kamehameha” attack so you can quickly punish them.

You must learn to predict what your opponent is trying to do. If they are using the same attack, use something that is capable of countering that attack. Same with shielding.

One trick at predicting is to think of the enemy using the same attack if they manage to hit you with it two or three times, the most possible event is that your enemy will think that you will do that attack again, so…

In addition, shielding all the time when your opponent is in synergy mode is a fatal error because they can easily grab you.

Yes, seriously! You can learn so much things from watching gameplay of your main because in-game you might be too focused on winning than learning from your opponent. Maybe you might learn a thing or two, but it depends on the person.

5. If your opponent has very low hp and is at a distance, try to finish them with a distance attack.

I have battled against many opponents that underestimated these attacks, so you shouldn’t spam them too much because the opponent can punish you, but they are sometimes very useful for some damage.

This can be difficult to perform with enemies like Gardevoir and Braixen.

Guide by: Eonia from the 3DS Pedia forum.