Torchlight II is an action-packed dungeon crawling RPG in an open, dynamic world. You must fight your way through a variety of enemies the world throws at you, collect as much loot as you can get your hands on and avoid traps when they arise.

The story begins when the corrupted Alchemist, one of the playable character classes from the previous game, destroys the town of Torchlight and travels across the world with sinister motives in mind. It’s up to you to catch up to him, find out what’s going on and put a stop to the evil that transpires.

Players choose from one of four classes when starting the game. Unfortunately, the game does a poor job of informing you about the differences between each character class when choosing. You’re left with deciding based on the name and the appearance on the screen. 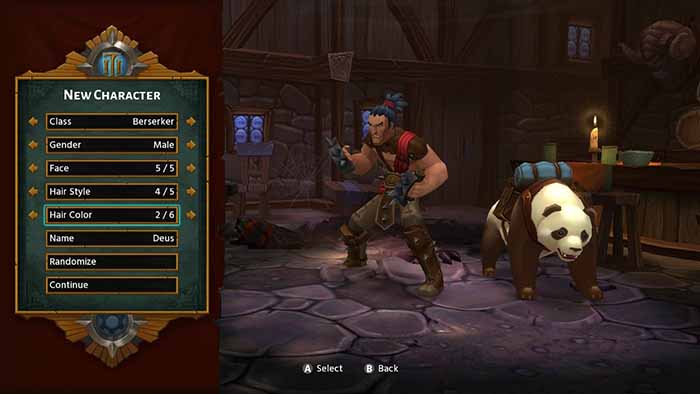 Available character classes in the game:

There aren’t many choices available to make the character look exactly how you would want him/her to be like, but it’s better to have several options present rather than none at all. Gender, skin tone, hairstyle, and hair color can all be adjusted.

You wouldn’t feel lonely on your journey because the game lets you have a pet to accompany you. They’re not just for show either. They help you during battles and you can send them to town to sell your unused items. Of course, you will receive no battle support while they head into town.

There are a variety of animals you can choose from to be your fellow companion and you can choose different versions of them. It’s a nice addition if you like a specific animal but dislike one version of its appearance. Feeding your pet also transforms them for a short period of time.

Each class has different elemental skills and some weapons/armor are locked to specific classes. As you level up, you gain points that can be invested in stats and skills to strengthen your character.

Fighting enemies might seem like you’re mashing a bunch of buttons to use a lot of fancy skills, and as you level up, you drop a skill for a new skill, but you’re going to have to put your brain to work for some of the tougher enemies if you don’t want your health to drop to zero. Constantly using elemental skills and not properly investing in your focus stat can make it annoying when you run out of mana, that’s why it’s crucial to properly build up your character. 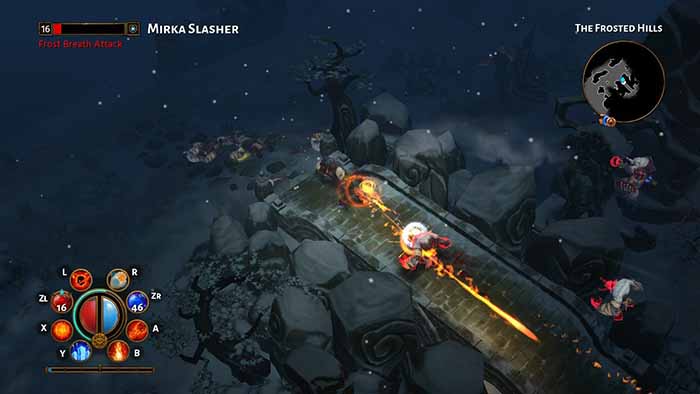 Often NPCs will give you quests which you can accept/ignore. Navigating to these quests is a dream come true in Torchlight II as it marks the location where you need to go to begin these quests. It’s also possible to toggle the marker ON/OFF in the case you want to delay/ignore an accepted quest and hide the marker displayed on your map.

Controller button mapping is all that you could have asked for in a game such as this one, however, the game falls short when it comes to helping you build up your character. Newbies to games such as this one might ignore swapping new weapons/armor they obtain from drops with their old gear, taking advantage of gems to make weapons/armor stronger, and maybe even investing skill/stat points in the character. Experienced players wouldn’t be bothered by tutorials forced upon them when their intention is to play through and enjoy the game with the experience they already have.

The game has four different difficulties (casual | normal | veteran | elite) and an option to enable/disable hardcore mode. Regardless of the difficulty chosen, the gameplay gets tougher the more you progress through the story which is good. The difficulty chosen does not affect loot or drop rates. However, it does affect the enemy’s health and damage.

When your health bar fully depletes, you’re left with the options of respawning from where you left off, respawning at the entrance of a dungeon or respawning at the latest town map you unlocked. The better the revival option, the more gold it would cost to be revived. Using up your gold like this makes it difficult to buy new, better weapons and gear or enhance your current gear for better stats, making the game even more challenging.

With multiple character classes, randomized maps, and a co-op mode, Torchlight II was made with replay value in mind. You can start your first journey as an Embermage with long-distance attacks and later start over as a Berserker to get up close in the enemy’s personal space.

In addition, a ‘New Game Plus’ is available when finishing the primary campaign of the game. It is said to offer a significantly greater challenge by starting over with the same character. You also keep all the gold and gear you acquired during your prior playthrough.

Torchlight II for the Nintendo Switch offers both online and local co-op multiplayer with friends or randoms. It’s possible to either host a game or join a game. You can search between a range of levels, difficulties, and a number of players when searching for a game to join. Hosting supports all of the above, however, you can reroll the world and limit players to friends or invitations. 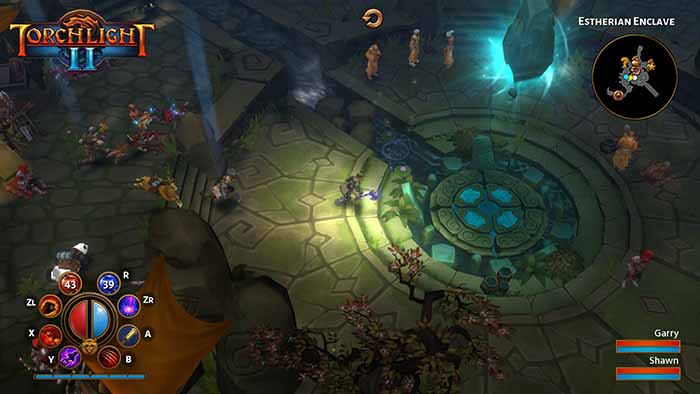 It can be tedious attempting to join a game if you fail to find someone as the inputted settings are not saved. Multiplayer sessions run smoothly with no lag. You can view all of the players connected and their locations. Sadly you cannot fast-travel to their exact location.

Torchlight II is a solid choice to go with if you’re looking for an action RPG. It’s a game meant to be played multiple times, especially with its co-op multiplayer gameplay. It does not hit your wallet where it hurts and you can get over 20 hours of gameplay in a single solo campaign playthrough. You will have to self-teach yourself a few things and the stat screen is buggy, but it’s a great game for its price.