After crossing the red flames seal and on your journey to take down Xi Wangmu, you will encounter a demon that goes by the name of Qing Niugai at Sunshine 60 (demon’s domain). 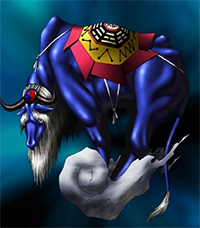 There will be two Qing Niugai. One will fight you while Kaga handles the other. Qing Niugai is a level 28 demon (holy race), and it isn’t a tough one to beat. To defeat Qing Niugai, keep using powerful attacks and it will eventually fall.

What Is Qing Niugai’s weakness in Shin Megami Tensei IV

So you want to know what Qing Niugai is weak against in Shin Megami Tensei IV, eh? That’s all good and dandy for a quick kill, however, Qing Niugai has no weakness. Try to use skills with good accuracy because Qing Niugai is known for his ability to dodge.

How to obtain Qing Niugai as a playable demon