You can use the screenshot of the map below for guidance : 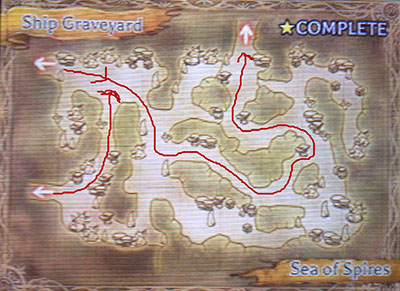 Once you’ve entered the area, you should be in an unchartable area. Keep moving forward and you should unlock the Spiritfall map, followed by the Summit of the Gods map.