GAMEPLAY
Making ingredients, mixing them, and making potions; that’s the gist of Wizdom. At first glance, you’re probably thinking “Ugh, another one of those match-three puzzle games.” But prepare to get something quite different than you’d expect. Keeping up with the demands of your waves of customers and aiming for the 3-star score, Wizdom has an unique puzzle-filled experience you might want to play. 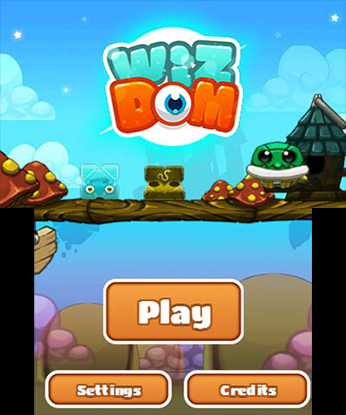 Starting off the game, you create a customizable character and go on a quest to be the best potion-maker. There are a wide variety of options to choose from when it comes to this so you will most likely find one you like; not to mention outfits which are purchasable in-game. The game comprises of two main gameplay elements: making the ingredients, and mixing them to make the potions that you’ll distribute to customers. 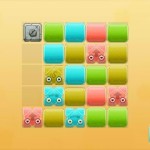 Making potions involve matching three blobs of the same color. Although this may seem like a typical aspect, there’s a slight twist. Instead of the typical swiping you’ll add blobs from the side to make the ingredients. If you’re used to the swipe-to-match-three concept this one will take some time to get used to, but quickly anyone can get along the gameplay.The next part to gameplay is adding the ingredients to make the potions in which you will have to meet your customer’s specifications. This part’s pretty easy to do but customers can request some pretty complicated potions. Since both gameplay elements use the touchscreen mechanic, you’ll have to do these two things almost simultaneously — one after another — by traversing the two screens with a touch of a button. This makes things quickly fast-paced as you go along, though in a good way which makes the game fun.

There are four worlds with levels in them, where each level consists of four phases: morning, midday, afternoon, and night. A nice touch of strategy comes in when you have to manage your resources and work simultaneously to make the potions in time. Being an aspect of Wizdom whereby you won’t be just sitting there slow-paced deciding what to do next. There is much variety when it comes to gameplay, such as the different blobs and outfits. Coming to the topic of the outfits, they can be bought with the stars that you earn in the game, They have a unique effect in the gameplay which will help you in many situations and more will be available as you progress. There will also be various customers which have their own ways and properties affecting the gameplay. 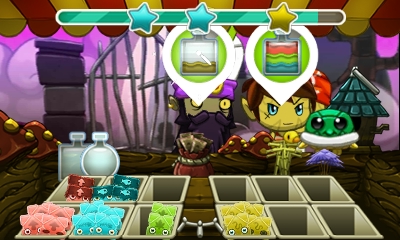 While not very difficult on the technical part, Wizdom becomes more progressively fast-paced as you complete level after level, world after world. Not only will ingredients become more crucial but also the potions that your customers will want. Together with the unique aspects, this makes the gameplay colorfully vibrant.

While sounds and music aren’t any spectacular, there is a small variety in the game though they are quite repetitive. Graphics makes its way decently in the game with charming designs and in other aspects such as the character models and background. Though you’ll be looking at the bottom screen most of the time, the game makes use of the 3D effect throughout the game and in the gameplay. Both assets are decent overall.

CONCLUSION
Wizdom makes a nice pick-up-and-play game in the most part of its fun. It has an unique taste added for a puzzle game and anyone would enjoy it whether or not you are experienced in puzzle games. It has many aspects in the game which makes you want to play it. As for if the game is worth the price, I would say yes, especially as it would be an interesting game for you enthusiastic puzzle gamers out there, therefore scoring an 7.5/10