I will be short: two main aspects that make a platformer game good or bad are the controls and the level design. Bad controls make a game frustrating and a bad level design makes it boring. Xavier actually fails in both aspects.

The controls are pretty basic: using the L-Stick you are capable of moving the character while with R-Stick, you can move the camera. You can also jump with B, roll pressing A, attack with Y and perform actions (like opening a puzzle or a treasure) with the X button. It doesn’t sound bad, however, it’s really awkward. 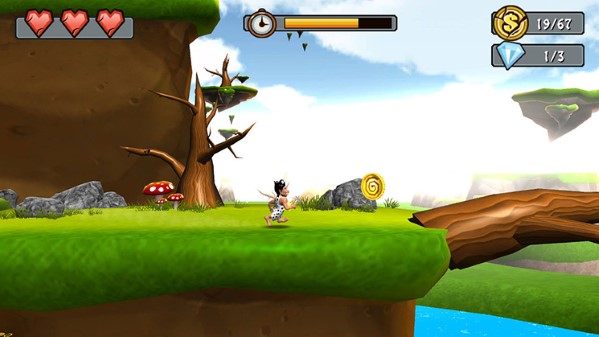 The L-Stick is sensitive here, therefore if you jump on a cliff and barely move a little below the center, prepare to fall off. The camera has a pretty short range which is bad since sometimes you don’t know where to fall, and attacking enemies can be a hit or miss since it’s a slow move.

The level design is dull and repetitive, where most of the time it lacks variation and is limited to a hidden generic puzzle. The gameplay isn’t limited to move and jump, you can also avoid or attack enemies, jump on walls and roll behind small sections.

There is a major flaw that makes the game a lot less enjoyable: once you start the level, you will have three hearts and losing them will make you lose the level making you start the level again, but that’s normal in every game. If you fall, you will begin at the start or the latest checkpoint, which, again, is normal but boring since the level’s distance is really long.

The problem is if you’re hit, for example from failing to perform an attack on an enemy, you start from the last checkpoint meaning if you are having difficulty trying to beat a level, you will have a serious problem. This doesn’t sound like a big deal, but if we mix this with the dull level design and the awkward controls, the result is just a terrible game. 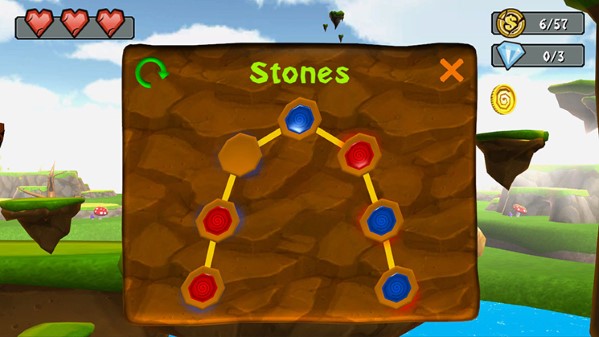 In order to offer replay value, you can find stars in the game. Three are for finding each hidden gem in the level and the last one is for beating the level before the timer ends. The game also has four achievements which are one for not getting hits, one for collecting all the coins, one for the beating the level before the time reaches zero and the last one for collecting the three hidden gems.

Graphically, the title is really dated at the point to be comparable with a PlayStation game but with a high definition resolution: basic animation, simple modeling work and some blurry textures. I can understand that adding polygons to the models can be a lot of work, but there is no excuse for not using better textures. At least it doesn’t lag like previous experiences.

The soundtrack is really easy to forget and meanwhile the little quantity of songs will do their work, the constant use of background sounds [like animals for example] as a companion to the music only makes the experience more annoying, for not saying “prepare for a headache”. 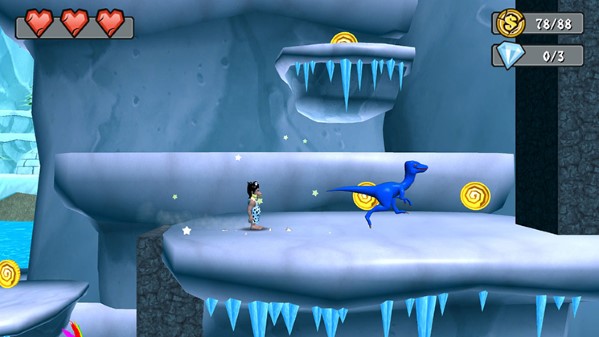 The presentation is basic as well. There is no audio output on the Gamepad making the Off-TV function nonexistent, being quite an irony because you need the Gamepad’s touchscreen in order to use the menu and resolve puzzles. The interface is simple and there’s a nice quantity of unlockables as well, but there’s nothing more to praise about it.

Conclusion:
A dull, generic and boring platformer game with simple controls and level design. I couldn’t find a reason to recommend it, mostly considering the large quantity of offers on the eShop.

A few alternatives you can try instead are Paper Monsters Recut, Turtle Tale or Mutant Mudds because this game isn’t worth your attention.