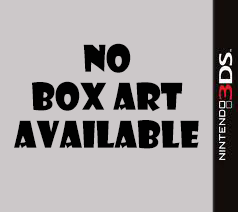 Yoshi’s New Island is an upcoming platform video game for the Nintendo 3DS where Yoshi takes the center stage. The game is being developed by Arzest and will be published by Nintendo. It is the sequel to the 1995 game Super Mario World 2: Yoshi’s Island, and the third installment in the franchise.

The game does not have multiplayer gameplay, however, it will keep you entertained with its fun to play mechanics. Some of these mechanics are Yoshi’s Flutter Jump, Ground Pound, and Egg Throw. The game also brings new abilities that the player can take advantage of. An example of an ability that was revealed by Nintendo is to use the giant-sized Mega Eggs to mow down obstacles, destroy pipes or blocks, and reveal hidden doors.

The game also takes advantage of the Nintendo 3DS gyro sensor functionality and its and binocular ability. Thanks to this, players can move their Nintendo 3DS around to uncover hidden areas and get a better aim when throwing a Mega Egg. Worlds in the game feature a variety of art styles, including oil, watercolor, and crayon.

Note: This web page will be updated when more information is revealed about the game.