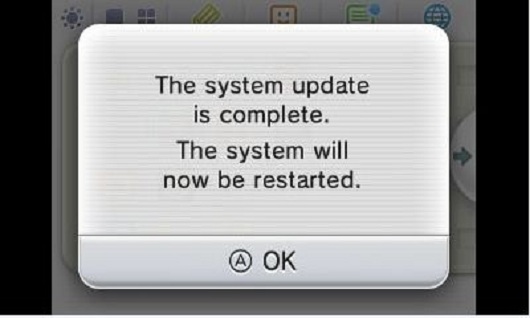 The aforementioned web exploit for the 3DS system (original article here) has now been put to a stop with a new firmware update. What does this mean exactly? Well, it means you can rest well knowing that hacked Pokemon and items via QR codes through the exploit have now been put to a stop (though obviously this won’t be putting hacked Pokemon to a full stop, at least it closes one method).

It also means you can no longer play Gameboy Color games on your 3DS, and it also means you’ll no longer be able to have a region-free system (the newest part of the exploit). While I’m not actually sure if this update effects already downloaded stuff (such as GBC games and the region-free hack), I imagine the update will wipe all of the illegitimate stuff of your system. Except the Pokemon, which I’m sure are safe sitting in your Boxes, nice and cozy.

It’s good that Nintendo patched the exploit, but this exploit has been out longer than we think. The GBC exploit was discovered in late January, while the QR codes for Pokemon are only a couple weeks old. It took them longer than it should have to patch this up, but at least it’s over now.