You’ll find this large blue slime along the Meeresbrise Highway. This blue fella is tough to miss and he can be found at the bottom corner of the map. Open the map if you’re having difficulty locating him because navigating to the location isn’t troublesome at all. 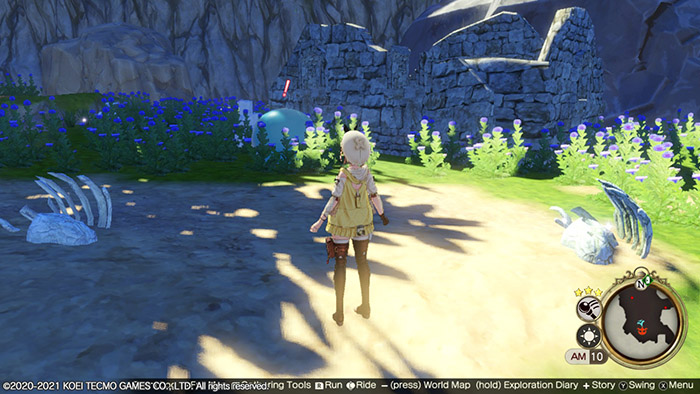 One of the first Formidable Foes you’ll find in the game is the Elder Fairy. This enemy can be found at the Forest of the Beginning, which can be found by passing through the Meeresbrise Highway. You’ll need to look out for some vines on a wall to climb to make it to this enemy. 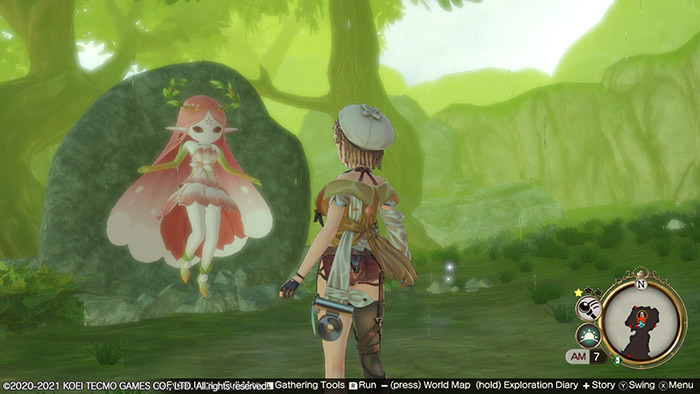 From the Erster Central District where your house is located, exit to the Meeresbrise Highway out of town northeast of the map; you’ll know you’re passing through the correct area if you pass several merchants. Follow the road and cut a left corner to make it to the second map travel point. This should take you to Valley of Winds: Schirm Marsh. Keep pushing forward and you should eventually hit a dead end with a large creature. 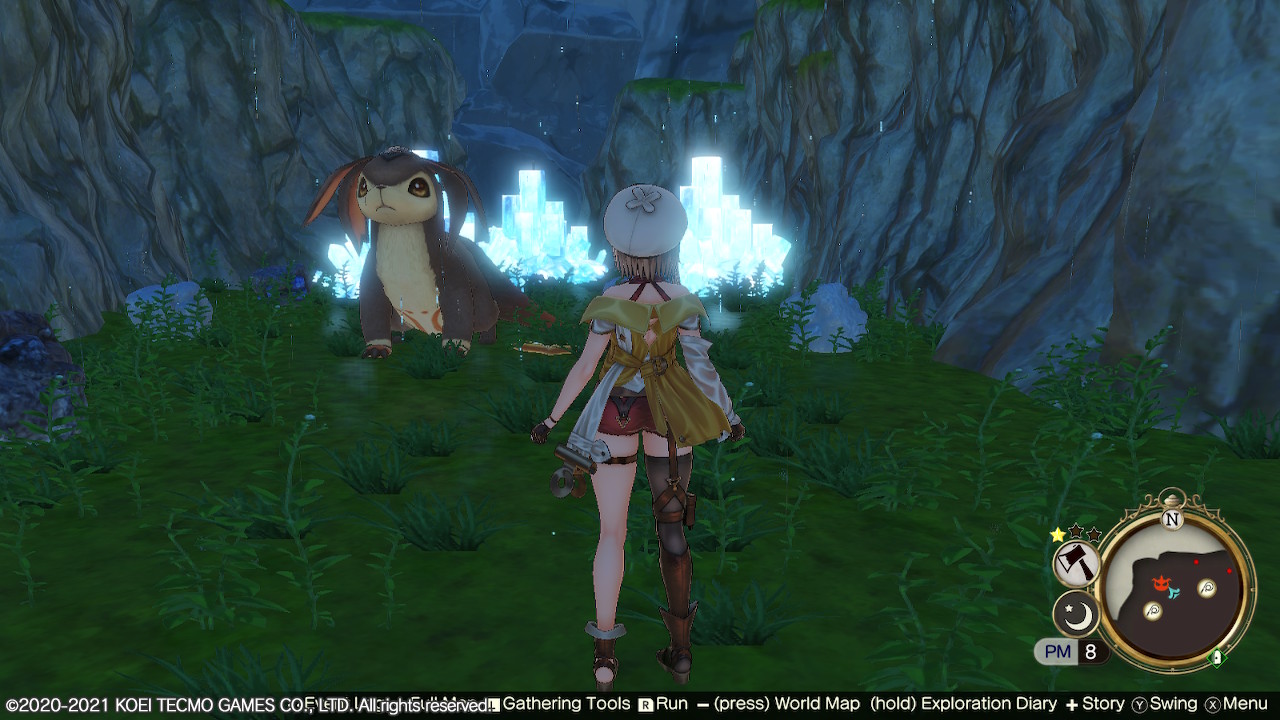 You’ll find the Windmuhle Valley further up from the Schirm Marsh in Valley of Winds. Open the map and you’ll see the Formidable Enemy mark on the map. Head to the area by going north, west, south, and then east. If you’re having trouble finding the turnoff, don’t worry; it’s a narrow path but you’ll find it if you keep moving up and searching the corners. You’ll need the Emerald Band to make it to the enemy.

Helpful tip: This area is great for farming Lightning Ore early in the game. 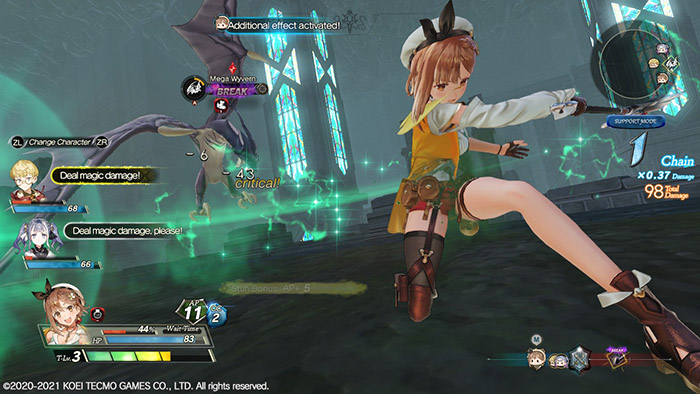 The Giant Bird Feather can be found in a chest behind the Mega Wyvern.

Megamouth can be found in the Sky Ship’s Cabin map of the Sunken City of Stars (you can fast-travel to it). It’s hard to miss this formidable foe because it shows up near the event point for the story campaign. This will be the toughest enemy you’ll face, so be prepared with good items when you face it. 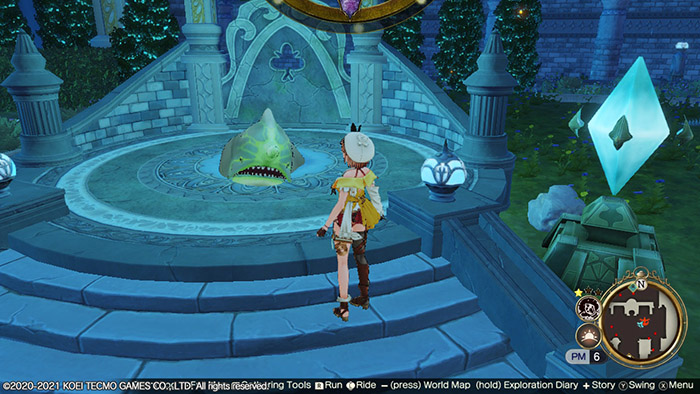 Before you can get to the Colossus Golem, you have to craft the Emerald Band with the ‘All Crystal Connection’ effect (click the link to read how to). This will allow you to attach magic ropes to red crystals so you can swing to the other side.

Fast travel to the Abandoned Earnesta Mines in the Southern Outskirts area on the world map. Go to the Latern marker on the map; you’ll find a small hole in the wall that you’ll need to pass through. You’ll eventually make it to another crack in the wall that you’ll need to press A to go through. You’ll have to use your high-quality Emerald Band that you made above to cross and make it to this area’s formidable foe. 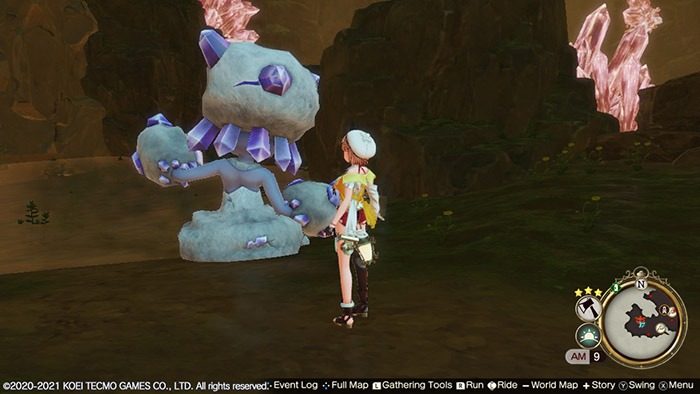 You can either fast travel to the Crystal Cave of Oblivion or continue from the Abandoned Earnesta Mines. Go forward to the Formidable Foe marker on the map. You may need either the Axe or Bomb Rod to break rocks that are blocking your path. Additionally, if you find yourself unable to progress further to it, you may also need the Latern which you obtain from continuing with the story campaign, as there’s one area to light up. 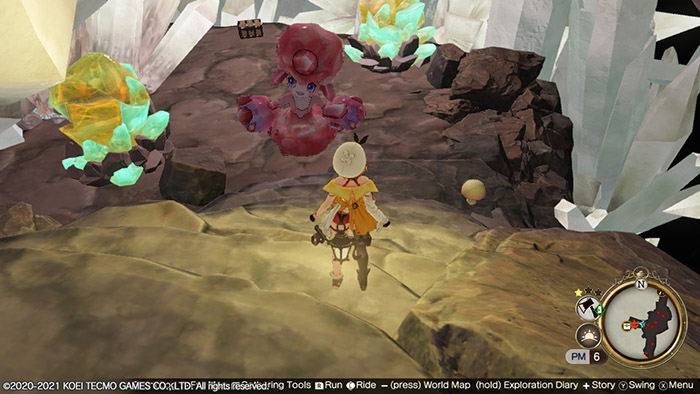 Behind the Boulder Soldier has a treasure chest with two Golem Cores.

Inside the Corroded Mine Cavern from the Ancient Mana Workshop area lies the formidable foe that is known as Lunaria Angel. She isn’t too difficult to beat, but getting to her can be troublesome if you’ve activated the compass. The map below will show you the area to aim for; you’ll need the Emerald Band to get there with the rope.

Fast travel to the Fairystone Eaters’ Domain (it’s the area after the Corroded Mine Cavern) in Ancient Mana Workshop and at the top-right corner of the map, you’ll eventually come across the Great Guardian. 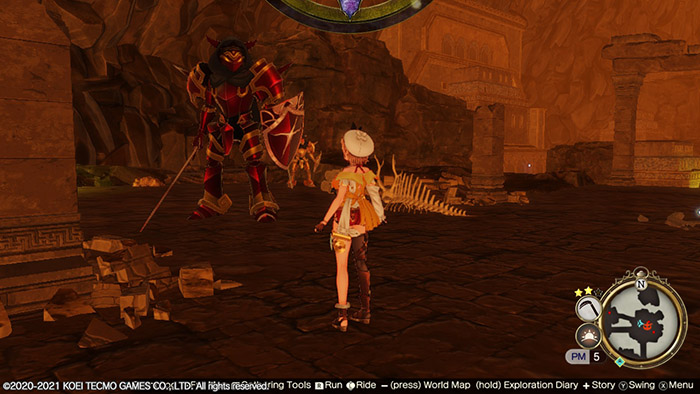 Rafflesia Puni is a formidable foe in the Glass Flower Forest that can easily be missed if you’re not paying attention to your map. Keep to your left and you’ll eventually find Rafflesia Puni. If you stay on the right path, you’ll have to get further to the entrance of the next area before you can get the next route to Rafflesia Puni. 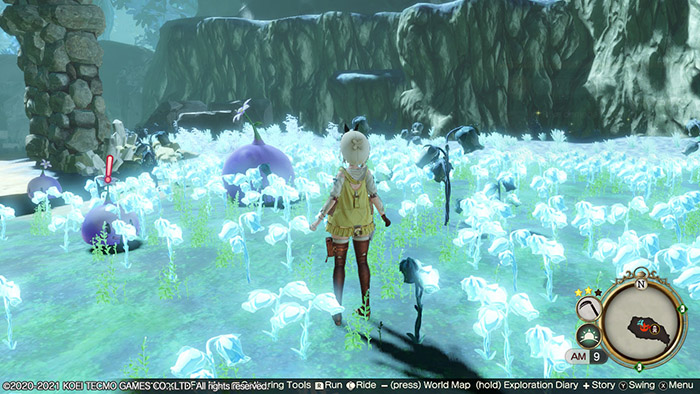 Unlike most other areas in the game, the Phantasm Forest (Mirage Land) has two formidable foes. To get to the first enemy, keep to the left instead of going straight. You’ll know that you’re on the right path if you have to crawl under a wall of rock. 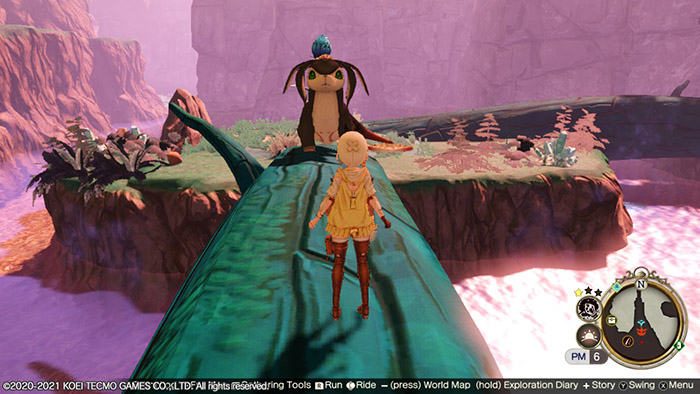 Cross the green tree bark bridge and move forward to make it to the last formidable foe of the area. You’ll have to swim and get to land. Be careful not to bump into any of the other fairy enemies in the area. 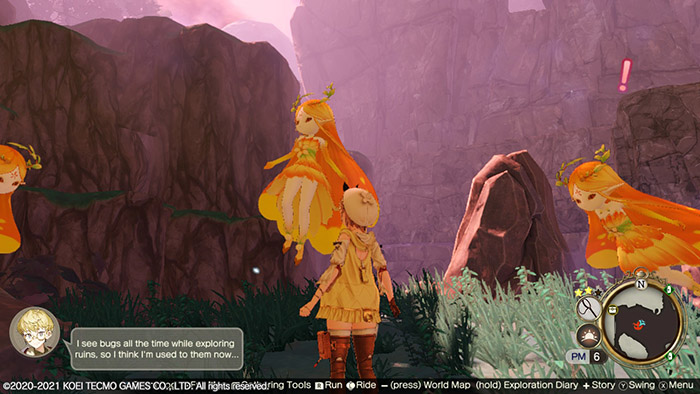 Phantom Tail is the first optional Boss-class formidable foe you’ll encounter. At the Slumbering River Valley map in the Mirage Land region, you’ll find this creature. Be careful because this beast is one formidable foe that will rush at you to engage you in combat. 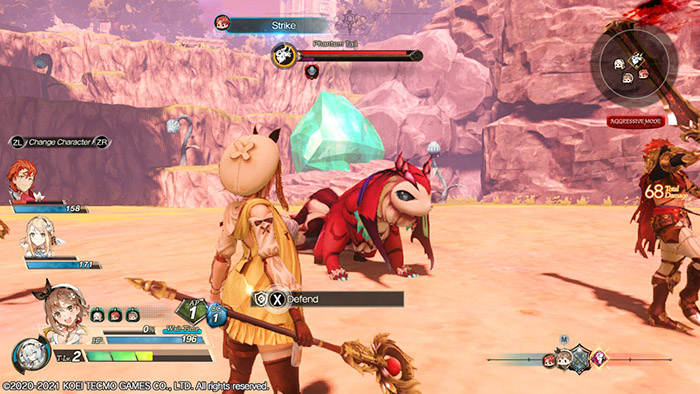 Getting to the formidable foe of the Red Cliff map from the Northern Lands region is straightforward. The creature can be found near the entrance of the next area (Dragonbone Valley Edge). 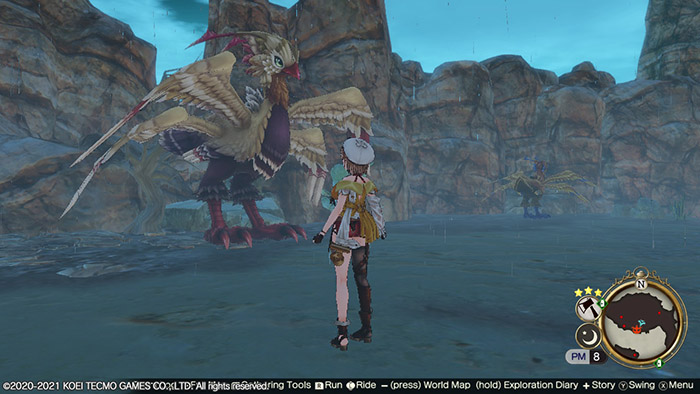 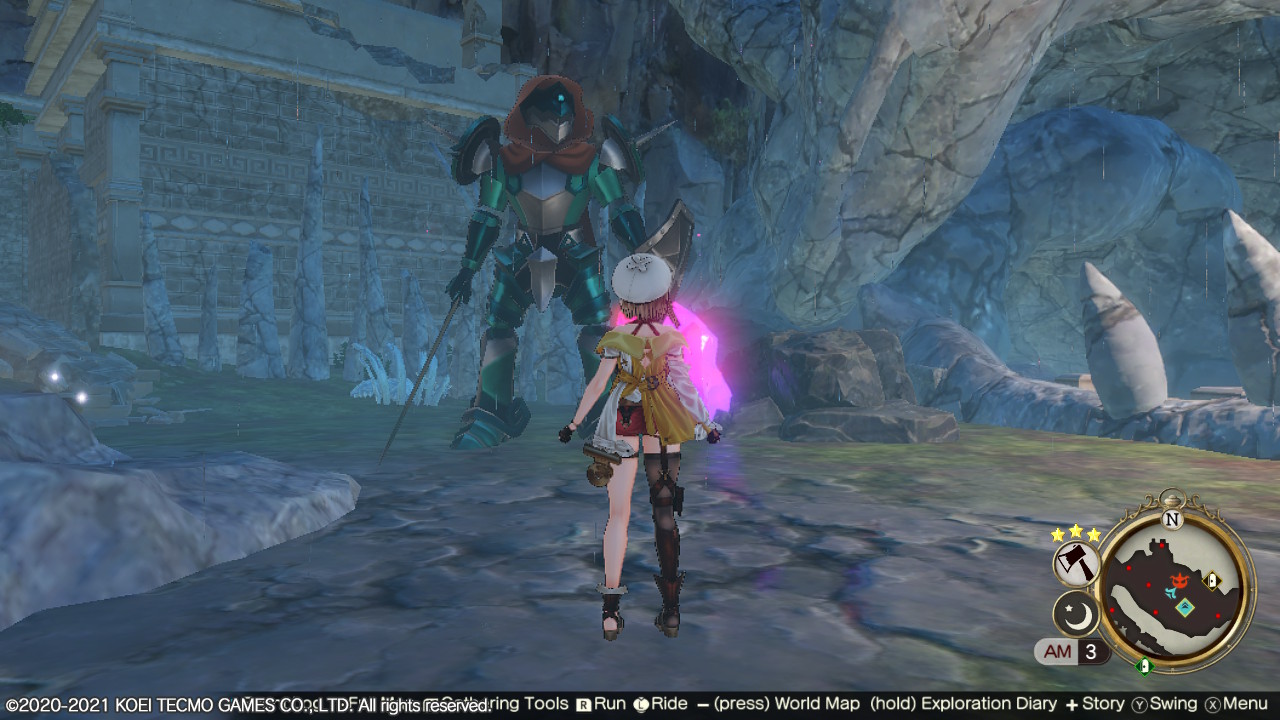 At the Magical Hidden Villager map in the Dragonbone Valley, there will be a long stretch that you can use instead of using the rope. If you’re on the correct path, you’ll pass through three skeleton bridges. Eventually, you’ll make it to an open area. Keep moving forward and you’ll make it to the King of Storms. It’s the largest beast out of the several enemies you’ll meet there. 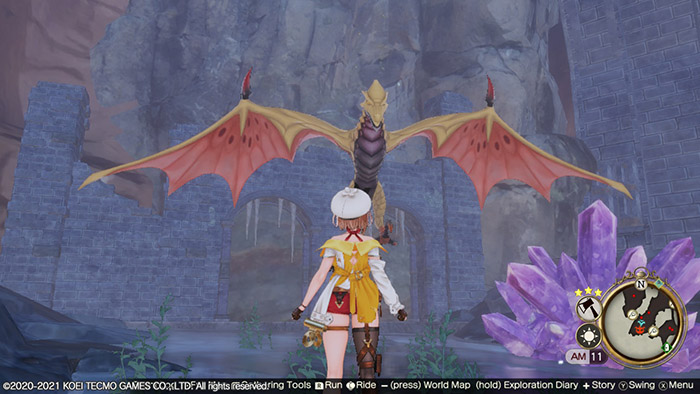 At the upper-left corner of Cold Moon Cavern in the Dragonbone Valley, you’ll find Desert Lagoon. This is one of the formidable foes that can chase you, so be careful, especially since the other shark-class enemies will chase you too.

Rhino Fiend is the first formidable foe you’ll meet in the Ethereal Dragon’s Coffin at the Spirit’s Tomb map. The Den of the Wise map has two pathways; the first will lead you to Spirit’s Tomb. 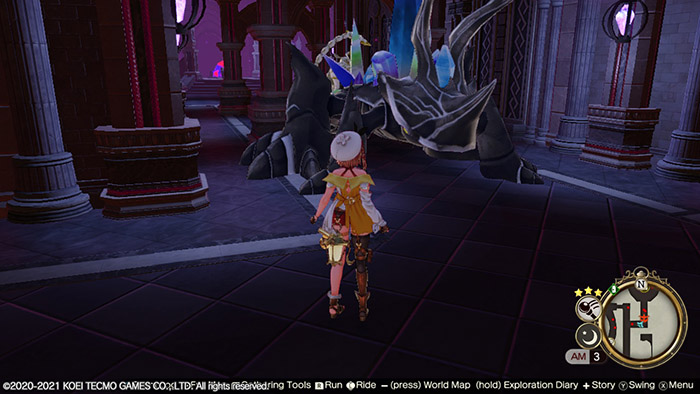 You’ll eventually get a quest titled ‘Trade Problems’ in the game. The quest requires that you defeat a Giant Sheep on the Meeresbrise Highway of Capital Outskirts. After getting the quest, fast travel to Meeresbrise Highway and move forward to find the sheep. 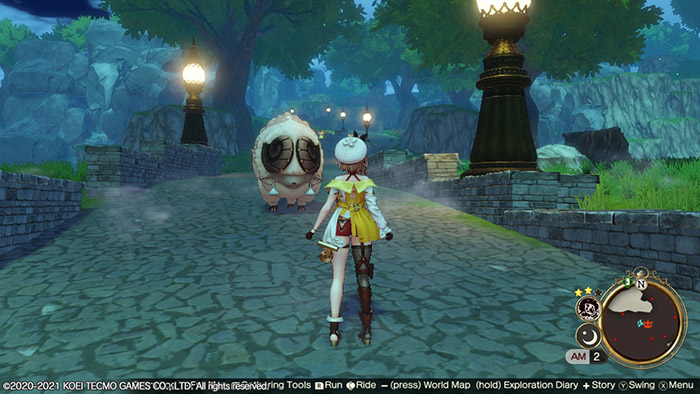